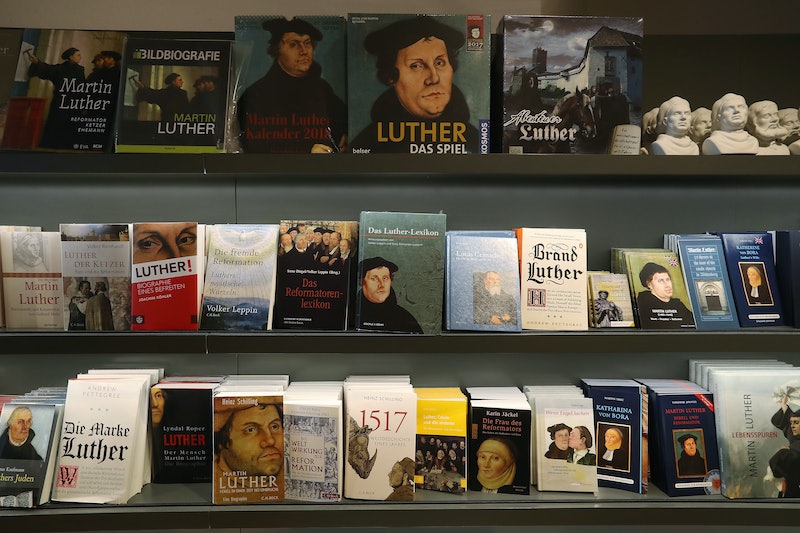 There comes a point in any writer's life during which she will face rejection, whether it's by agent, editor, or prize committee — if she ever gets to one of those points to begin with. You'd think John Spurling, who just won the £25,000 2015 Walter Scott Prize for Historical Fiction, would know nothing about this. But, actually, you'd be sorely mistaken.

According to the U.K.'s Daily Record, Spurling's now prize-winning novel, The Ten Thousand Things , was rejected 44 times until it was scooped up by his publisher. The book, set in 14th century China, apparently took him 15 years to write, and had a hell of a time getting published. To which I say, I suppose it's a good thing that he didn't, like, throw in the towel and put the novel in a drawer or something.

I really like this story — not only because it ends in just shy of $40,000, which is pretty boss, too — but because I've faced my fair share of rejection, and know I only have mountains and mountains of it still ahead of me. I mean, I'm a writer, so I have to expect it. Tales like this one are always pretty encouraging: there's the infamous one of Katherine Stockett's The Help being rejected by 60 publishers before rockstar editor Amy Einhorn snapped it up and huzzah! it was a bestseller and a movie. Guys, even J.K. Rowling received 12 rejection letters before the Harry Potter series found a home.

So, John Spurling, congrats on your award. I'm going to keep my head down and keep on keepin' on. I suggest you all do the same.