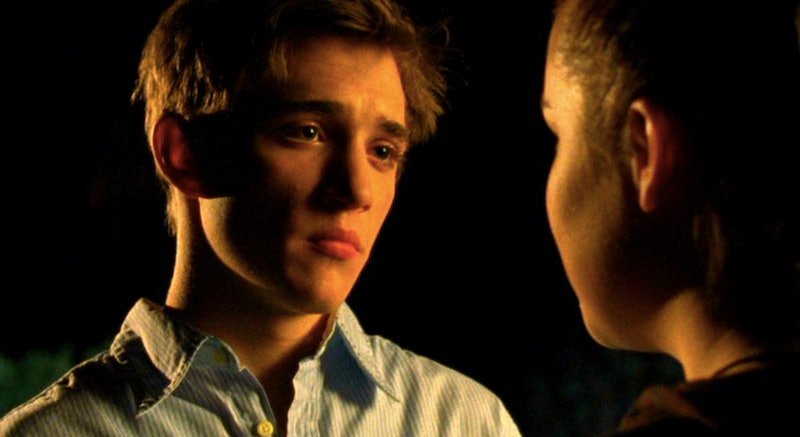 I don't know about you, but Veronica Mars Season 2 hurt me in ways I still haven't recovered from. Most of those things have to do with Cassidy "Beaver" Casablancas. While the second season of the show didn't introduce the character, it certainly gave him a level of depth that he'd never had before... and by level of depth, I mean Beaver went from being one of your favorite characters and one-half of one of your favorite 'ships to being a psychotic villain that you couldn't believe you had ever loved to begin with. He had a tragic story that made you feel sorry for him, but, as more and more of his insidious personality was revealed, you grew increasingly disgusted by his actions until he tried to kill Keith Mars in the same scene he died in. Then you just didn't know how to feel. Basically, Beaver took you on a roller coster ride of emotions, and that can be kind of hard to follow without a handy graph to show you the way.

I am unfortunate enough to fall into the last camp of Veronica Mars fans who struggles with the fact that you can both hate and love Beaver at different points in Season 2. After all that he's done — especially his horrific rape of Veronica, and the fact that he lied about it for so long — it's impossible to identify him as your favorite person, but he can still be your favorite character. His development was so real and believable, equal parts tragic and sickening, and so completely unexpected and yet believably done that his arc is one of the greatest arcs in Veronica Mars history. Don't believe me? Let's look at all the reasons that we fell in love with Beaver Casablancas — and all the reasons he pulled the rug out from under us and went down as one of the worst villains in Veronica Mars history.