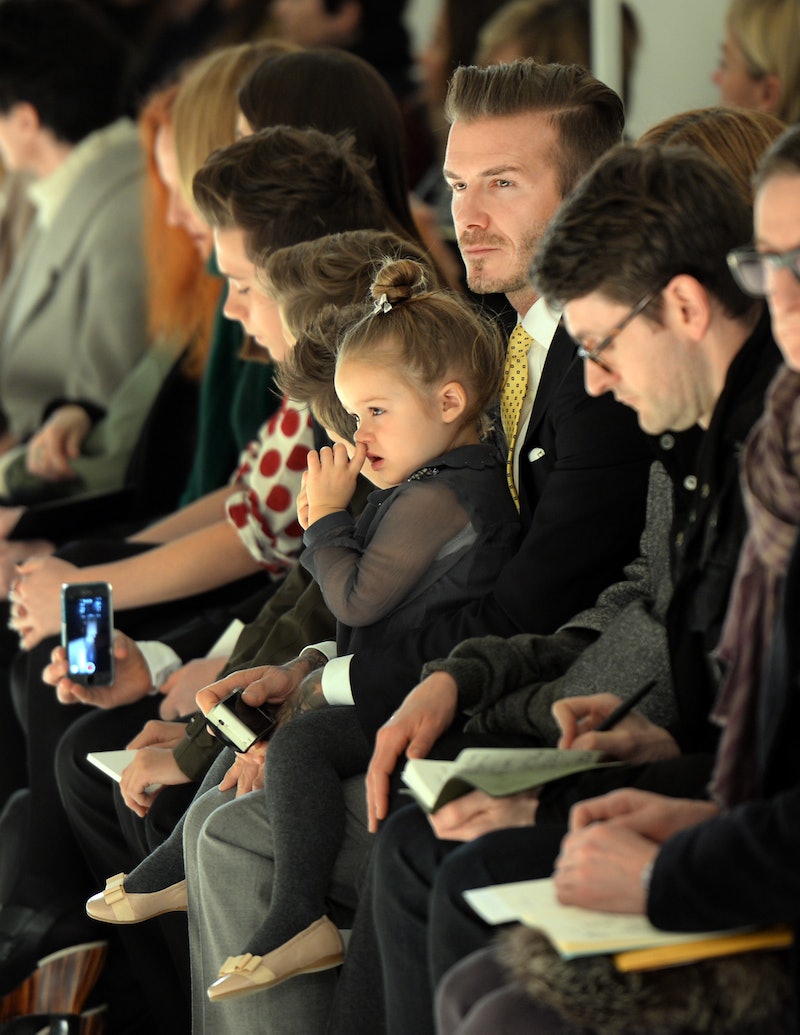 The Beckhams are once again here to give you style envy, and this time it's coming from the youngest member (and it's for a good cause). According to a report from Harper's Bazaar, Victoria Beckham donated 25 of daughter Harper's outfits to an auction in support of the charity, Save the Children. So, until June 18, not only can you make your little one look as stylish as a Beckham, you can also help save lives. Basically, it's a win-win fashion situation.

Though the clothes are going for Beckham-level prices — the outfits are being auctioned off between $300 and $800 — fashion-loving parents have been lined up at Mary's Living and Giving Shop in London to make bids on the designer duds, and, unsurprisingly, Harper's hand-me-downs are flying off the shelves.

Beckham made the announcement via Twitter last Wednesday, posing with the donated clothes and shoes (and giving her infamous, almost-smiling face) that includes pieces from top designers such as Marc Jacobs, Chloé, and Stella McCartney. So, pretty much the opposite of what you probably wore as a kid (I'm guessing Harper didn't go through a patterned leggings or overalls phase). Here's Beckham showing off the luckiest toddler's outfits that are so last year:

And it's not just Harper's mom who took to Twitter to brag about the miniature pieces. Fans not only tweeted their approval of the looks (I'm definitely in agreement with the "wardrobe goals" sentiment), but also what they were able to snag from the charity auction. Whoever Stella is, I'm very jealous of her.

This Mischka Aoki dress is one of my personal favorites, because it's basically everything I wanted as a toddler—pink, flowers, and (of course) rhinestones.

And, unsurprisingly, it seems that little Harper had more classic pieces in her wardrobe than I ever did, with a '60s, mod-inspired dress. And who doesn't need an adorable pink trench?