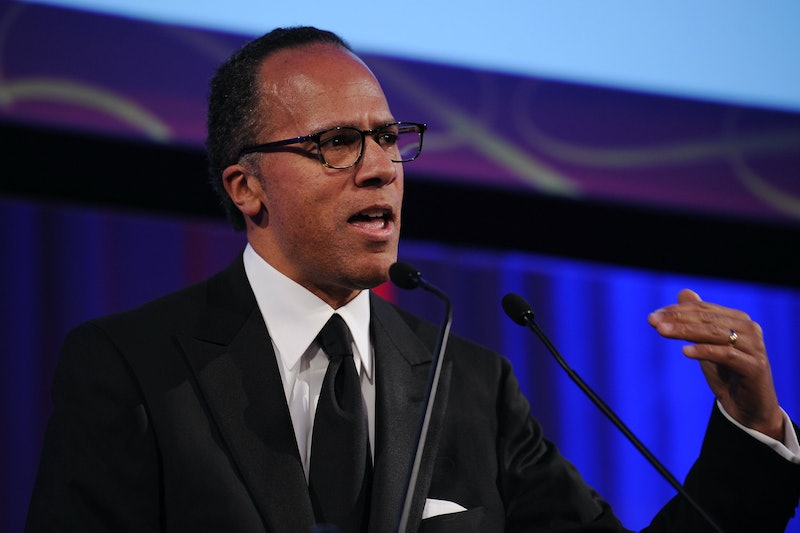 The wait is finally over. Following months of speculation about the fate of suspended Nightly News anchor Brian Williams — who removed himself from his post on the show this past February after news broke that he had falsely represented himself while reporting on the Iraq war in 2003 — NBC has officially announced Lester Holt as the permanent anchor of Nightly News. The move is a majorly historic one: It makes the 56-year-old Holt the first African-American to serve as the sole anchor on an evening newscast for a major broadcast network. Needless to say, Holt’s historic promotion has yielded overwhelmingly positive reactions from several celebrities on Twitter.

However, Holt's new position doesn't mean that Williams is out for good: While many people assumed that this would place Williams in the market for another job, Deadline reports that NBC has already addressed that issue by assigning him to the role of covering breaking stories for "NBC News live special reports when Holt is not available."

The fact that the ratings for Nightly News have increased by seven percent since Holt took the reins four months ago is reportedly only one of the reasons he was viewed as the obvious journalist to replace Williams before the announcement even took place. Apparently, that sentiment is shared by the various celebrities who have tweeted enthusiastic congratulatory messages about Holt's promotion.