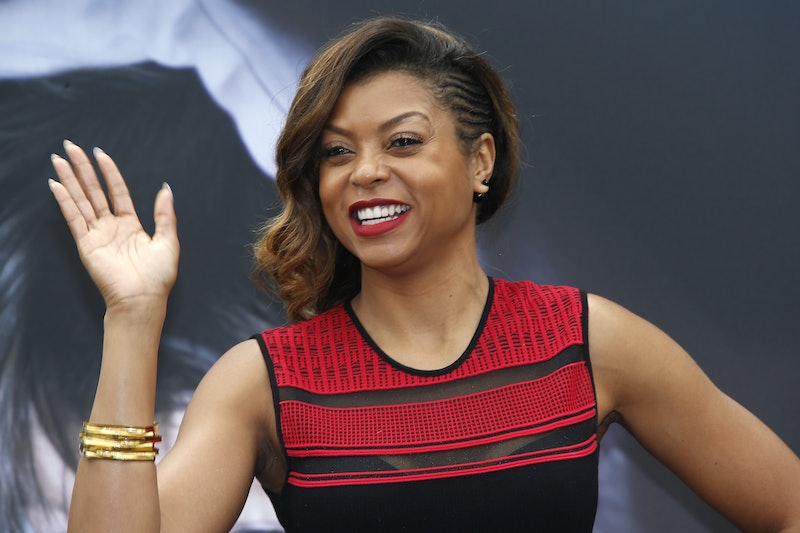 The idea of a hospital visit in general is worthy of concern, but a certain Empire actress sounds like she really has things together after recently being admitted. Taraji P. Henson let fans know she was in the hospital via Instagram on Friday, June 19. But, thankfully, it sounds like she has everything under control and is doing well. How do I know? Because while she shared a picture of an IV in her arm, her caption contained a Cookie Lyon pun — and if you're still using puns, you know things can't be that bad.

(Update: Henson's rep tells Bustle that the actress checked in for "mostly exhaustion" and "is resting and expected to be fine.")

God has a way of saying, "you're doing too much!" "SAT DOWN SOMEWHERE". I'm listening Father!!! I am taking several seats!!! Don't worry y'all I'm a tough cookie HA! I will be just fine. My momma and best friends are flying in to check on me. I AM FINE!!!!!!! Just need to SAT ALL THE WAY DOWN for a bit. #listentoyourbody

The actress didn't share exactly why she is in the hospital, but based on what she's saying, it sounds like it might have to do with exhaustion.

For now, I'm just glad to hear that she's fine, and the fact that her caption reads like a text from my mom — unnecessarily capitalized words, punny jokes — really makes that point clear.

Everyone who watches Henson on Empire knows she can play a strong woman, and it's more than clear that she's just as strong in real life. I don't know about you, but I definitely couldn't bring myself to use emojis while I had that giant thing in my arm! Get well soon, Cookie! I know you will!

More like this
Who Is Betty Who Dating? The Australian Singer Is Married To Her Tour Photographer
By Radhika Menon
Adele Says Postponing Her Las Vegas Residency Was “Brutal”
By Alyssa Lapid
Lizzo Proved She’s Team Jeremiah During Her ‘The Summer I Turned Pretty’ Review
By Grace Wehniainen
Drake’s Surprise Performance With The Backstreet Boys Was Fans’ Fire
By Stephanie Topacio Long
Get Even More From Bustle — Sign Up For The Newsletter