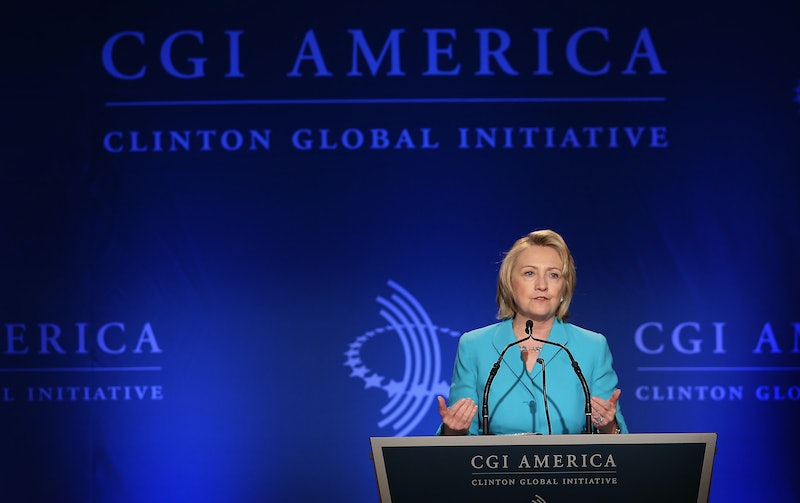 According to a recent article in the Washington Post, women in politics are not judged more harshly than men when it comes to appearances. Which is…pretty hard to believe. Even after reading the article.

Amazingly, the study found that the gender of the candidates made no difference when it came to judging them based on appearances, because the scruffy-looking ones were viewed negatively either way.

But are the findings really so amazing? Critics of the new study have spotlighted the fact that describing candidates on paper is not exactly an accurate measure of sexism in politics. After all, the visual attention and bias placed on women’s looks is usually emphasized via photographs and video, not print.

More importantly, the “negative” descriptions used in the Washington Post study aren’t really so looks-based. Saying someone looks “disheveled” and “sloppy” isn’t the same as saying a candidate was wearing a weirdly coordinated pinstripe/ polka-dot outfit. Or had bags under her eyes. Or even that she has good taste in purses.

This research was conducted in response to surveys commissioned by the organization 'Name It. Change It,' which showed that mentioning a woman's looks—positively or negatively—hurts her chances with voters.

"Even what we thought was benign coverage about how a woman dresses has a negative impact on her vote and whether voters perceive her as in touch, likeable, confident, effective, and qualified," says Celinda Lake, one of the researchers who conducted the 'Name It. Change It' survey.

Either way, we know something's going on when this was allowed to be a real newspaper cover:

More like this
What To Wear When You Want To Look Hot But Don't Want To Freeze Your Ass Off
By Allison Bolt
Designers Say If Your Home Doesn't Have Any Of These Things, It Looks Outdated
By Claire Epting
Bustle Daily Newsletter: December 2, 2022
By Hayley Schueneman
Cheap Bras & Underwear That Are 10x More Comfortable Than What You Usually Wear
By Claire Epting and Christina X. Wood
Get Even More From Bustle — Sign Up For The Newsletter