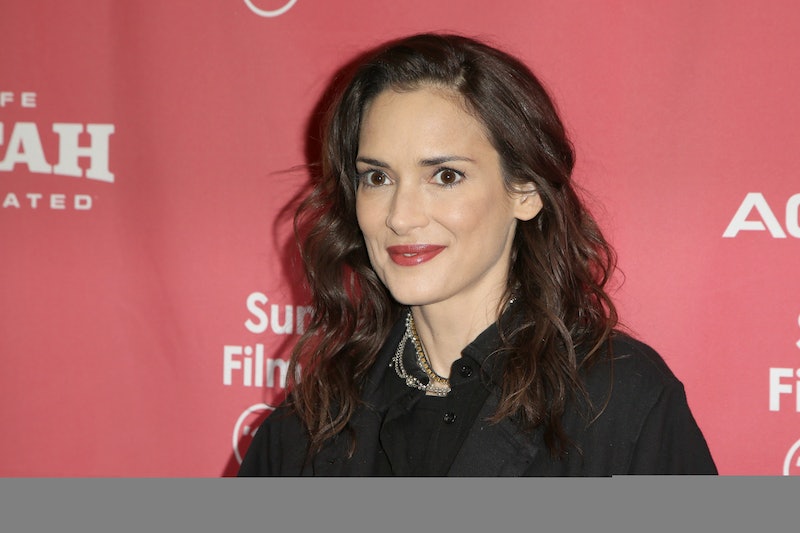 If there's one thing to be sure of in the fashion world, it's that a Marc Jacobs campaign is bound to be interesting. With Willow Smith and Cher kicking off Jacobs' latest campaign at the beginning of this month, I was on the edge of my seat waiting to see who came next. And, alas, my prayers have been answered: Winona Ryder is the next star of Marc Jacob's F/W '15 campaign. The actress is joined by British model Daisy Lowe's 9-year-old sister, Betty Lowe. That's right, guys. Nine. She's nine.

From the photos, I can't tell if Lowe's braids are supposed to be more Pippy Longstocking or Wednesday Adams, but either way, I'm digging the vibes. Ryder looks gorgeously punk (as always), but it's more the unexpected twist on the role call that I didn't expect. Ryder first appeared in a Marc Jacobs ad campaign in 2003, and ever since the two have hit it off. I love to see Ryder head to toe in Marc Jacobs with fussy hair any day, so I'm definitely not complaining in his repeat choice of models.

Her campaign, shot by David Sims, comes after the news of her casting in a new supernatural Netflix series. Needless to say, whoever thought Winona Ryder's stardom would be stuck in the 20th century was clearly wrong. Ryder is back and better than ever, ladies and gents.

"I love her wit, energy, and besides being a great talent, she is a great friend!" Jacobs shared on his Instagram. Match made in heaven? I think yes. The only next best thing than this would be all of Marc Jacob's girls together in one ad campaign. Take a look at the fantastically moody images below – Ryder is 43 going on 20, and I kind of love it.