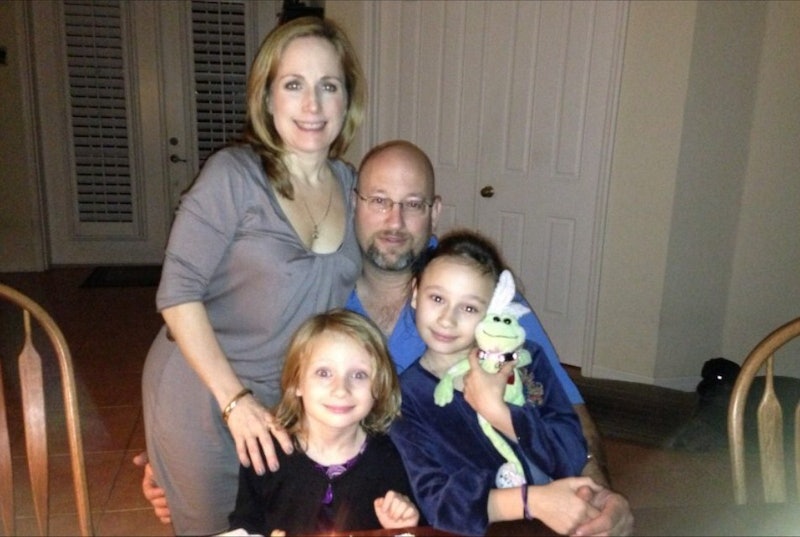 On June 29 of this year, Dawn Tottenham had just sat down to brunch with her sister Dacy Knight. Then, Tottenham got a call from her brother, Pat, who told her that Tottenham's sister, Teresa Sievers, had died. Tottenham ran from the restaurant. Outside, she sobbed, repeatedly asking Pat, "Why?" Pat couldn't tell Tottenham how Sievers had died, so Monday morning was a confusing blur — until later in the afternoon, when the two received horrifying news from another of Tottenham's siblings. Sievers had been brutally murdered.

The previous weekend, Sievers attended a family event in Connecticut with her husband and two children, but had to fly home early because she had appointments with patients at the Restorative Health and Healing Center, the holistic practice that she herself had opened. When she didn't show up for work on Monday morning, her coworkers called the police, who found her dead in her home. So far, no arrests have been made and no suspects have been named by police, but neighbors said they heard a man yelling and then shrill screams on Monday morning. Two sources told the Daily News that Sievers was killed with a hammer. Police haven't revealed whether they believe the attack to be random or targeted.

Sievers was a well-known doctor in Estero, Florida, often featured in the news for her holistic approach and her endocrinology work with transgender patients, according to the News-Press. In an email to Bustle, Tottenham says that Sievers had been a doctor of internal medicine for more than 10 years before she opened her own practice.

She took a leap of faith and took a big pay cut to create this cash-only integrative medical practice that bridges the gap between conventional and complementary medicine. She touched and improved the lives of so many people in her practice as well as in her community.

In May, Sievers appeared on the cover of Naples-based eBella Magazine for her work. Sharon Hood, founder and publisher of the magazine, described Sievers to the News-Press as "small in stature but large in spirit" and "a real spitfire."

She always wanted to empower women. ... When you were in her presence, there were a zillion ideas that could come out. She never lacked in ideas, she always had a new project.

Sievers often wrote for local publications about women's health issues and was actively involved in the community. These values of community and caring are ones she's instilled deeply in her children, Josephine and Carmi, who are 8 and 11 years old. Sievers' daughters had recently raised $2,500 for Our Mother's Home, an organization that shelters and nurtures teen mothers, just by making and selling bracelets for $5 each.

Knight tells Bustle she has started a fundraiser on Indiegogo as a college fund for Sievers' daughters, who have now started their own LLC with hopes of raising $50,000 for Our Mother's Home.

I think how impactful these young girls have already been in their young lives shows a lot about how nurturing and involved their mother is — instilling these great values in them. ... I think it's really incredible how the family is so involved in the community.

Tottenham describes her nieces to Bustle as "bright and enchanting," just like "their sensational mother." The goal for Josephine and Carmi's college fund is $20,000, and it has raised $3,173 so far. The two girls have been a central point of love and mourning for Sievers' family members. Tottenham spoke about their futures during Sievers' eulogy at her Monday burial:

These girls carry the flame of their mother at such young ages that we, as their family, are committed to nurturing that flame. I am dedicated to try to be the best role model I can for these girls and set the example Teresa would want for them. These girls are her legacy and they will continue to make their mother proud as they develop and grow into upstanding young women while she lives in their hearts and watches over them from heaven.

"This fund is not simply to raise money for the education of two girls whose mother was murdered," Tottenham tells Bustle. "It is to continue the legacy and service of Teresa who lived her life and was a champion for charity, humanity and integrity."

You can donate here.

A separate fund on GoFundMe was set up to help support the family, but a recent message from Sievers' husband, Mark, says that all the money will go to Sievers' favorite charity, Good Shepherd Ministries, which helps the homeless find affordable housing. It has raised $18,690.

The comments on the GoFundMe page are filled with heartfelt tributes to Sievers from patients and community members who loved and appreciated her work. Tara Pollman wrote that she finally found Sievers after 15 years of searching for the right doctor:

She is by far, the smartest, most caring and humble doctor that I've ever known. My heart and prayers go out to her husband, whose love for his wife always showed clearly in the way he spoke so highly of her. ... The two of them together made me feel so comfortable and like I was not just a patient, but a friend. To her daughters, her family, and her friends that I don't know personally ... my heart just breaks for all of them. And to her patients, because we all lost something so incredibly special.