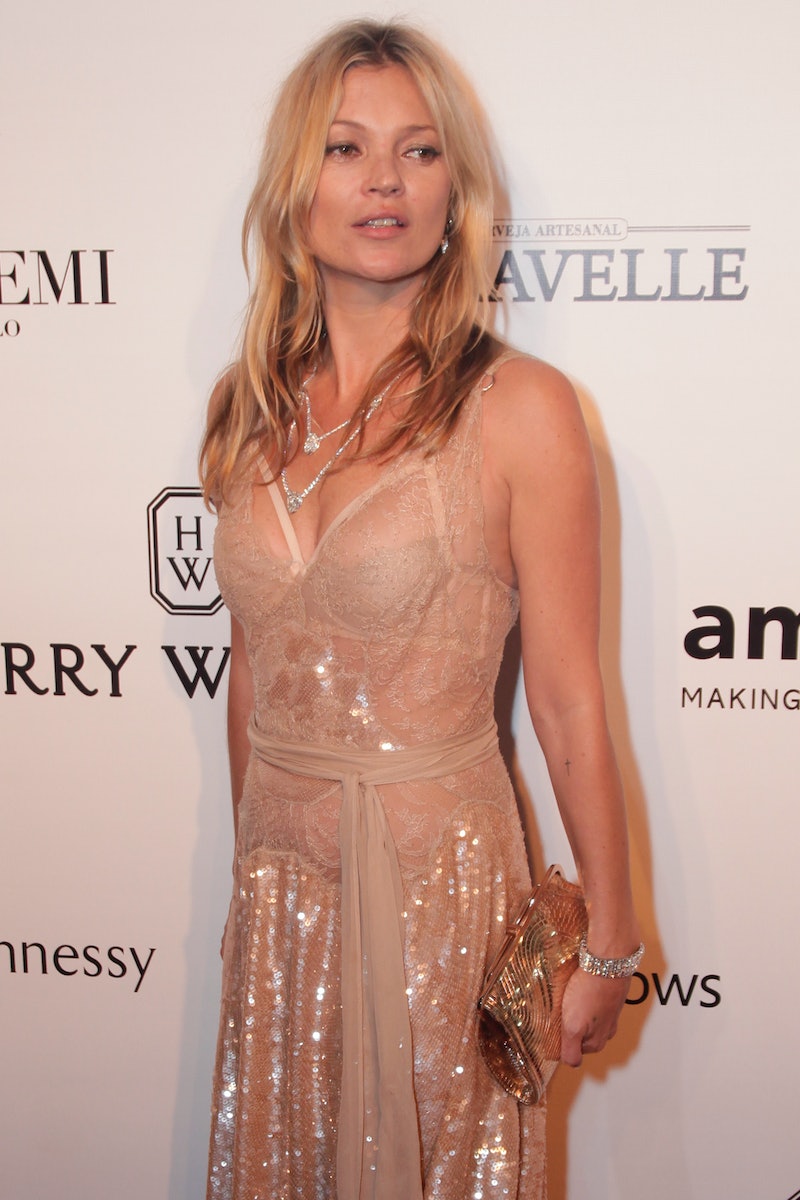 Well, people, the day has come: Kate Moss will no longer be posing nude, according to The Mirror. This is definitely a surprise for fashion fans, as I'm pretty sure I've seen more nude photos than non-nude photos of the iconic supermodel. But alas, like all good things, the era had to end. At least we'll always have a memory of the iconic photos.

The reason? She doesn't want to embarrass her daughter, Lila Grace, who's now 12 years old. Moss told The Mirror, “I don’t think my daughter wants to see me on the toilet. Lila has seen me nude. She went: ‘Yes, Mummy, there is a lot of you in those pictures.’ She saw the Playboy thing - she didn’t see the inside but she knew about the whole thing.”

Makes total sense—as a teenager, any little thing my mother did embarrassed me. Kids are relentless, and I can only imagine what they would say to (not so) little Lila. Moss continued on, saying “There are things when I think: ‘I’m not going to do that.’ It gives you boundaries.” Which, by the way, are completely necessary, since as a society, we tend to forget that celebrities are humans, too, above all else.

Interesting timing, as just this past March, an unseen nude photo of Kate Moss was posted on Instagram by photographer and friend Mert Alas. Moss has talked about her daughter knows about her Playboy shoot in 2013, but how Lila Grace had not seen the photos.

Though in my mind, "Kate Moss" and "nude" go hand in hand, I wholeheartedly respect this decision. We'll miss her edgy shoots, though you gotta do what's best for you and your family.