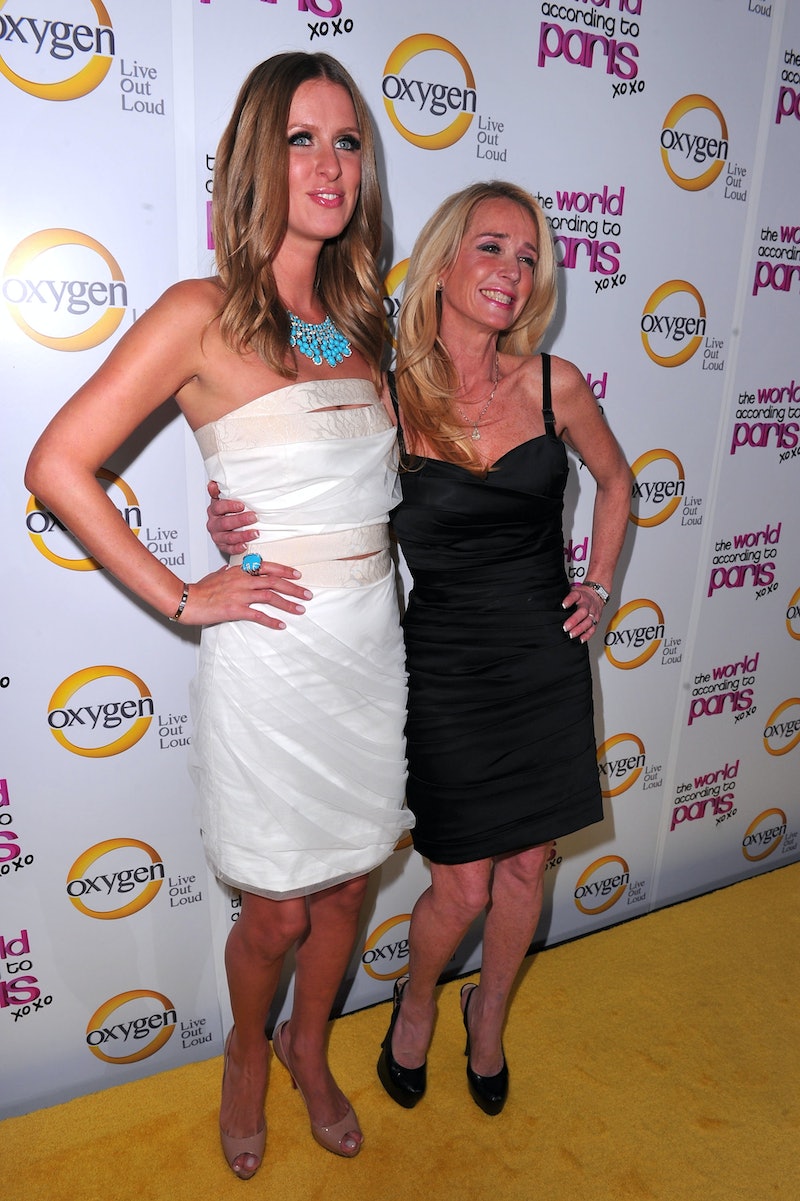 On Friday, July 10, heiress Nicky Hilton married James Rothschild at Kensington Palace, and everyone from Chelsea Clinton to Naomi Campbell and Kate Beckinsale attended the lavish ceremony. While, obviously, this was a lavish event with A-list guests, some fans of a certain reality show might be wondering if Nicky Hilton's aunts Kyle and Kim Richards of Real Housewives of Beverly Hills fame were in attendance.

Well, while Kyle Richards flew across the Atlantic with her daughters to celebrate with Nicky Hilton and her sister Paris in London, Kim Richards was noticeably absent, according to the Daily Mail. But she has a perfectly good excuse for missing the big day.

Kim reportedly checked herself back into rehab in early June, two weeks after she is said to have signed herself out of a Malibu treatment facility so she could attend her eldest daughter Brooke's wedding in Mexico, according to Us Weekly. While Kim may have checked herself out for her daughter's wedding, it probably wouldn't be a good idea for her to check herself out again to attend Nicky's party, rather than staying where she can get any help she might need.

Kim's 46-year-old sibling Kyle was in attendance though and posted a sweet family photo on Instagram showing her playing tourist in the U.K. with three of her daughters:

Kim, meanwhile, has not been active on social media for a few weeks, but her ex-Monty Brinson posted a supportive message on Instagram that leads me to believe she is indeed seeking the help she needs in order to become a happier, stronger soul:

There will be other weddings, so if Kim is indeed taking this time to work on herself, it's a good thing.