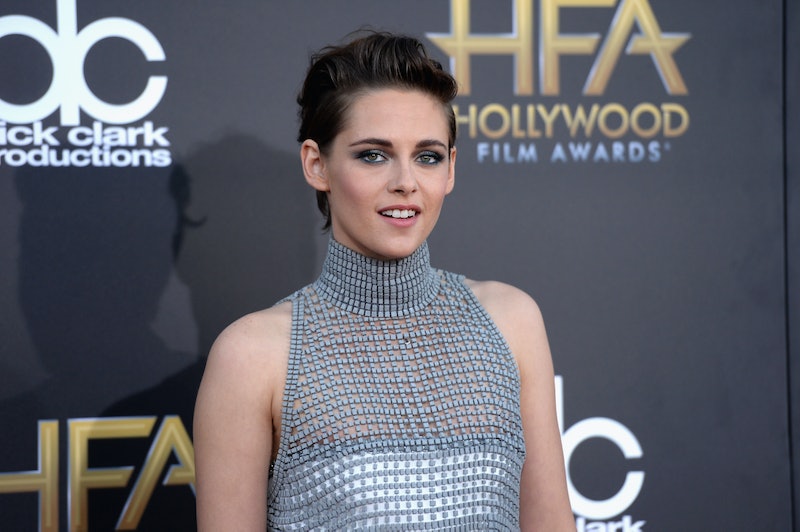 One doesn't get to open a Chanel couture show in a velvet suit without having a certain je ne sais quoi running through her veins. But according to her latest interview with Marie Claire, Kristen Stewart felt more confident after cutting her hair and said that her long hairstyle was almost like a curtain that she could hide behind. The 25-year-old actress debuted a short cut last year and revealed the personal reason behind her dramatic hairstyle.

"My hair was such a crutch. I looked quote unquote 'sexy' no matter what. I could hide behind it. As soon as I didn't have all that hair, I had to let my face hang out. I felt more confident than I had in a really long time. And it felt really good. Maybe to most people long hair is prettier. But then what? Is your main goal in life to be desired? That is boring as fuck."

Even though she didn't specify whether it was the pressure of being at the center of the successful Twilight film franchise, or the cheating scandal with Rupert Sanders that caused her breakup with Robert Pattinson, Stewart talked about a "really traumatic period" that became a catalyst for her to approach life in the most badass way possible.

"I lit my universe on fire," she said. "And I watched it burn." See more of Kristen Stewart's denim-clad cover and photoshoot in the August issue of Marie Claire.