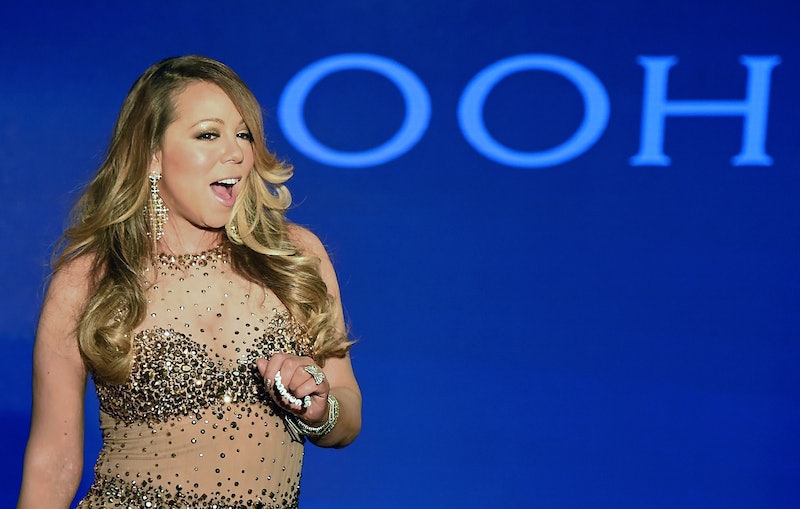 It's true: a girl can never have too many shoes and Mariah Carey's Instagram photo of her shoe closet entirely proves that statement. Actually, in order to really fit Carey's style the saying should go: a girl can never have too many gold heels. Simply by taking a glance at Carey's Instagram upload, easily 80% of her shoe closet are golden heels, while the other 20% are a darker metallic heel. And across the entire bottom shelf are a variety of long boots.

According to People, Carey's shoe closet consists of 95 pairs of shoes that are all neatly organized across a total of 24 shelves. And just from looking at the picture, it's quite apparent that Mariah loves herself a mix of strappy heels and simplistic heels. Back when the talented singer appeared on MTV's television series, Cribs, she took her viewers into her shoe closet, which she called "the shoe room." In that episode, she said, "the style that I favor would be a high stiletto and the brand that I would favor would be whoever is going to stick to that motif [laughs]." Now that was Mariah talking about her preferences back in the early 2000's, but it looks like her taste hasn't changed too much since then.

I feel like every girl needs a room just for her shoes.

And if you want to explore the rest of her house, here's her MTV Cribs episode: