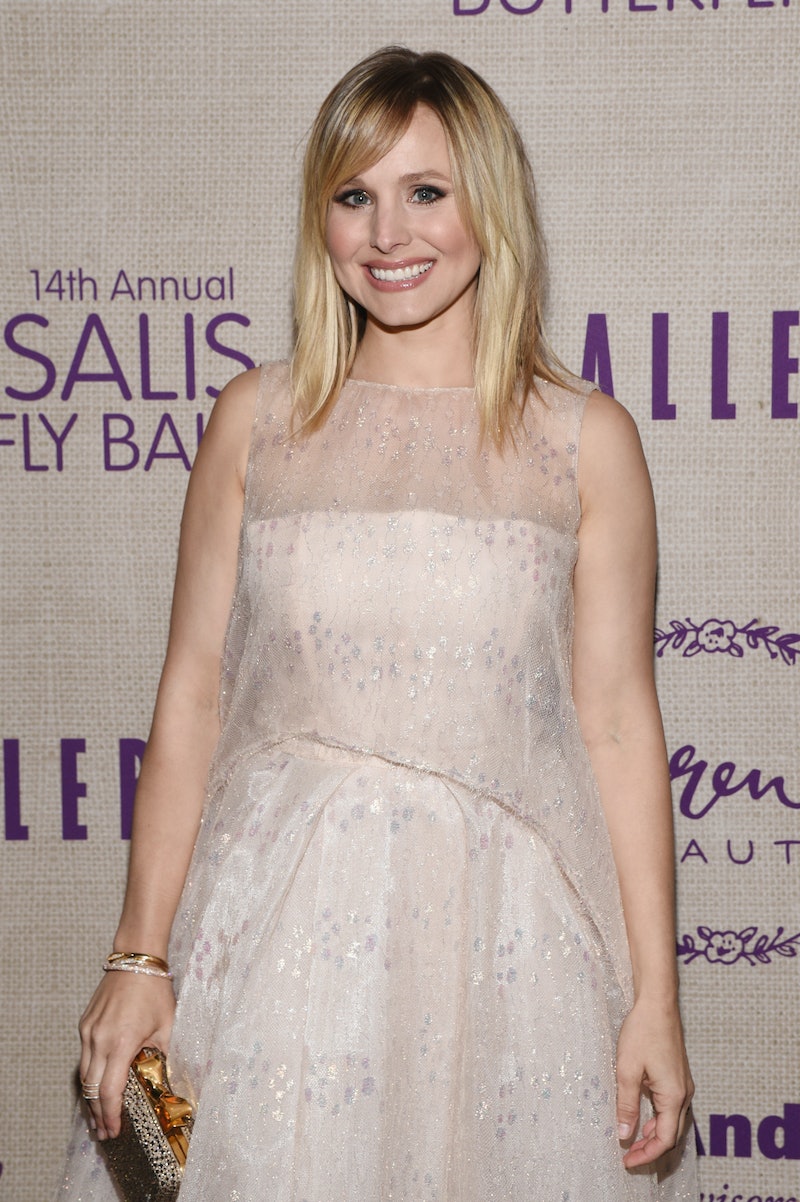 Do you have some tissues handy? If not, you better grab an entire box, because after you listen to this voicemail Kristen Bell recorded for a young cancer patient, you're going to need them to mop up all those tears. Bell channeled her Frozen character, Princess Anna, for 6-year-old Avery Huffman, who is suffering from an inoperable brain tumor, known as diffuse intrinsic pontine glioma (DIPG). The actress wanted to give back to the little girl, and the way she did it is beyond amazing.

As you can see below, Anna greets Avery in the chipper way she always does, and Avery responds by saying, "Hello!" back. Anna congratulates Avery for being a "good girl" and continues to make the little girl's day. Avery even gets crowned the honorary Princess of Arendelle by Anna and her sister Elsa, who Anna "speaks to in the background."

Apparently, a coworker of Avery's father, Brandon Huffman, has a connection with Bell and set up the encounter. Huffman told The Telegraph, "One of my colleagues in sports media is close with her people and on his own, set it up for Kristen to send the voice memo for Avery when he found out Avery was a huge fan of the movie Frozen and the character Anna. I was just as surprised as Avery was when the message came."

My description doesn't do the voicemail or the adorable video justice, so be sure to take a listen yourself:

If you didn't love Kristen Bell already, there's no doubt you will now. What a beautiful thing to do for such a brave little girl.