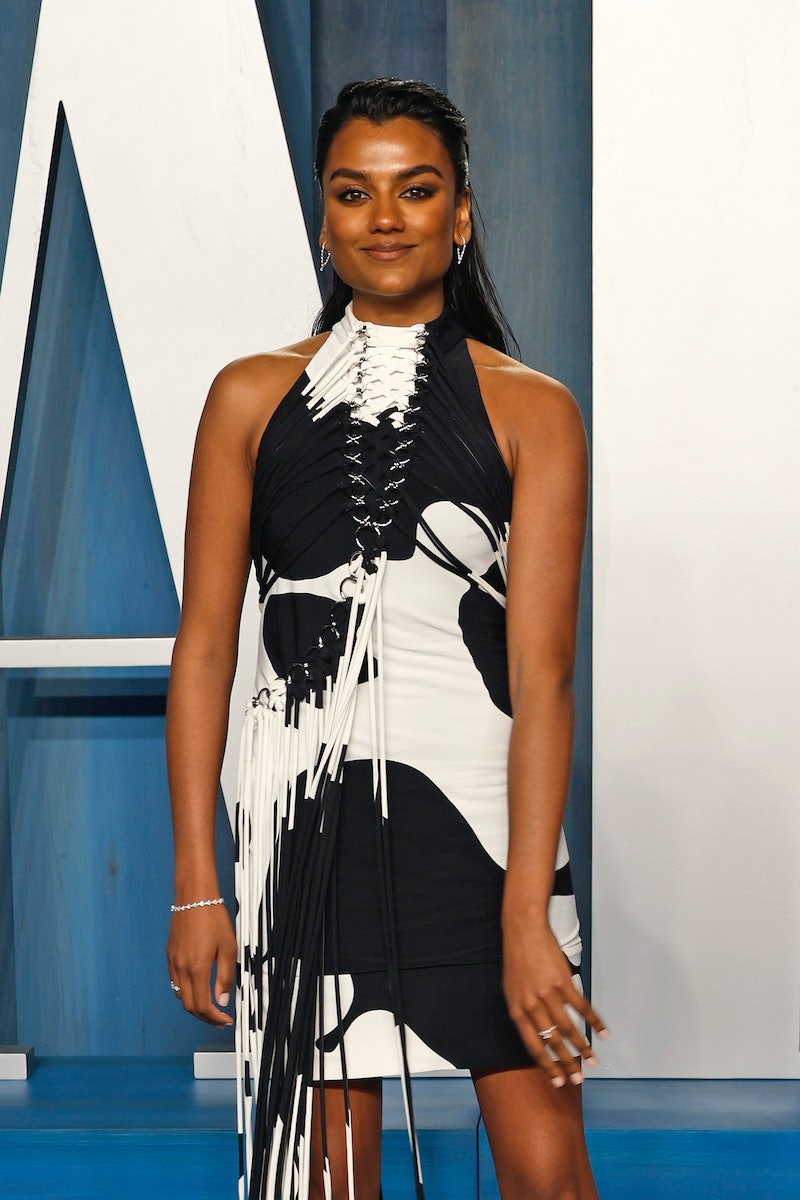 Simone Ashley portrays the bold and fearless Kate Sharma in Bridgerton season two, so it should come as little surprise the actress is a bit of a daredevil in real life, too. Appearing on late-night talk show Jimmy Kimmel Live, Ashley revealed that she has tattooed herself and former cast mates. How did she learn what to do? By watching a prison inmate’s online videos.

“I was in LA over lockdown in 2020, and I did all the regular stuff, like making banana bread, tie-dying... I thought it would be a good idea to get my own tattoo pen with the needle,” she told Kimmel. “I didn't need an ID. I didn't need anything. I just clicked a button.”

The 26-year-old found a how-to tattoo video after searching online. She recalled: “It was like, ‘Oh, I can use this deodorant stick’, like as a chemical reaction on the transfer paper.. Then it started getting a bit deep and I was like, ‘Oh, this guy's using some really interesting stuff.’”

“I looked at the username, and it was called, ‘Prisontattoo.com,’” Ashley revealed, laughing. “Like, wow, there’s an inmate making videos in prison, this is a fab idea, then I did it. I followed his instructions.”

She went on to unveil a self-tatted Sphynx Cat design on her leg, but Kimmel mistook the animal for a dog.

Prior to joining the cast of Bridgerton, Ashley was best known for her portrayal of Olivia in Netflix's Sex Education. She had also enjoyed small roles in Casualty and Broadchurch.

More like this
Wavy Hair Girlies Rejoice, Rhyme & Reason’s Wave Revival Regime Is Here
By Darshita Goyal
'Boiling Point's TV Sequel Is Set To Deliver A “Rollercoaster Of Emotions”
By Catharina Cheung and Sophie McEvoy
Rita Ora Finally Opened Up About Marrying Taika Waititi & Their "Perfect" Wedding
By Sophie McEvoy and Catharina Cheung
This 'Emily In Paris' x Blackpink Crossover Is Beyond Iconic
By El Hunt
Get The Very Best Of Bustle/UK
Sign up for Bustle UK's twice-weekly newsletter, featuring the latest must-watch TV, moving personal stories, and expert advice on the hottest viral buys.