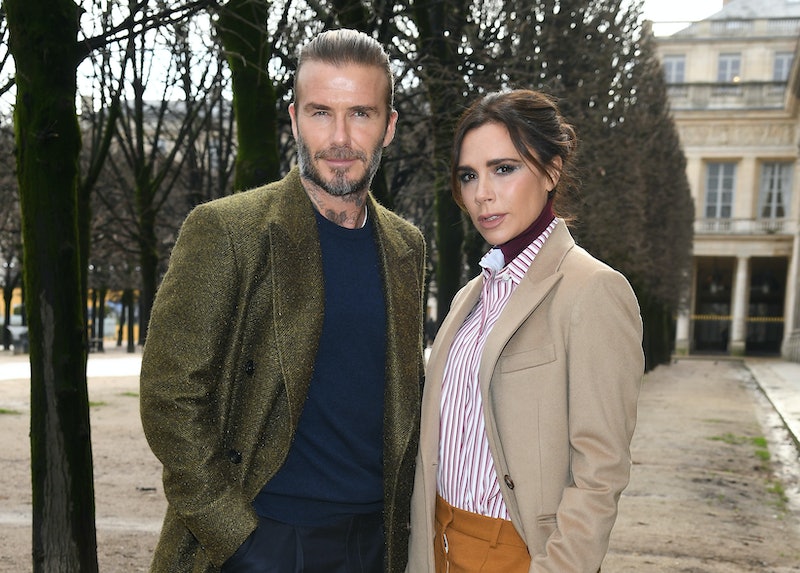 David and Victoria Beckham have reportedly gone ahead with the latest renovation plans on their countryside estate despite initial issues with planning permission. According to reports from The Sun, Victoria and David Beckham are building a “heart-shaped pond” in front of their Cotswold mansion, but locals are concerned about what it might mean for the wildlife.

The Sun, which has been following this story since the summer of 2020, reported that the famous couple were given approval for the pond in September last year and construction is now underway.

The approval comes despite initial issues concerning how it might affect local wildlife. A council ecology report obtained by The Sun in July 2020 allegedly said “[t]he loss of the grassland will potentially impact on protected and priority species including amphibians (including great crested newts), reptiles, mammals, and ground nesting birds.”

The tabloid has also reported that the Beckhams’ plans have upset their neighbours, with two local residents having written letters of complaint. “I now note a further new application has been submitted regarding the Beckham’s Barn, regarding change of use of land to extend the residential curtilage and installation of ‘a heart shaped pond,’” wrote Douglas, “What they appear to want is to bring suburbia into the countryside, if they had wanted all they have applied for why not find an estate which was big enough to accommodate all of this.”

Jones wrote, “There is no reason for anyone to feel the need to build such an ugly and frankly out-of-keeping with the area body of water. It will have a bad affect on the local wildlife which will lose important feeding habitat. Can't people just be happy with the beautiful landscape they have instead of always tinkering with things?”

Per Metro, the Beckham family (save Brooklyn) returned to the U.K. after a four-month stint in Miami. Brooklyn, of course, is staying in Miami with his fiancée Nicola Peltz. Both David and Victoria recently celebrated their birthdays, posting pictures of their home celebrations.

Along with the addition of the lake, the Daily Mail reported that the Beckhams are also looking to expand the underground space below their garage. Hello said they’ve upscaled their designs to create a 117.5sqm room to hold around 7,000 bottles of wine. You’ll never be short on a glass of red at the Beckham house, that’s for sure.

More like this
Taylor Swift & Harry Styles Had A Secret Reunion At The Grammys
By Shahed Ezaydi
Maya Jama’s Net Worth Definitely Won’t Give You The Ick
By Sophie McEvoy
Twitter Is Saying The Same Thing About Beyoncé's Renaissance World Tour
By Shahed Ezaydi
Michaela Coel Has Some *Thoughts* About The Nepo Baby Discourse
By Maxine Harrison
Get The Very Best Of Bustle/UK
Sign up for Bustle UK's twice-weekly newsletter, featuring the latest must-watch TV, moving personal stories, and expert advice on the hottest viral buys.