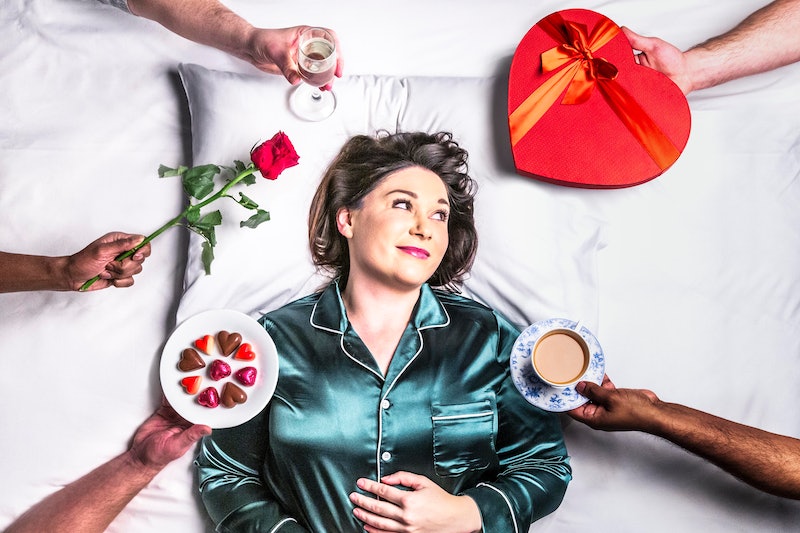 Get ready for the autumn telly schedule, because Channel 4's Five Guys A Week is returning for its second series. Taking dating out of the equation, the series sees one woman host five potential suitors in their own home over the course of a week. This includes going on dinner dates, cosy nights in, dealing with bad habits, and fighting the inevitable bout of awkwardness.

The series initially began in March 2020 and was described by viewers as an "excruciating" and cringe-worthy watch. But as with a lot of reality TV, it turned out audiences couldn't get enough of the show with many admitting that "they would undoubtedly be tuning in to the next episode," per Radio Times. As was the case with its first run, the second series will be broadcast over five episodes starting on September 18.

While there's minimal info on the cast, entertainment site Tyla says the first episode will feature 32-year-old Tara, a business consultant from Yorkshire. While the majority of her friend group are either coupled up or married, the "most significant relationship" she's had is with "Kaiser, her beloved German Shepherd." Tyla goes on to reveal that Tara's five potential matches include "a photographer, a haulage worker, a shopping centre manager, a health worker and an oven cleaning technician."

And if that wasn't enough, there's already talk of a third series. Casting company Label1 hinted that "casting details for [a] potential next series [are] coming soon" over on their Twitter, which was then retweeted by the show's official account following the announcement of Series 2.