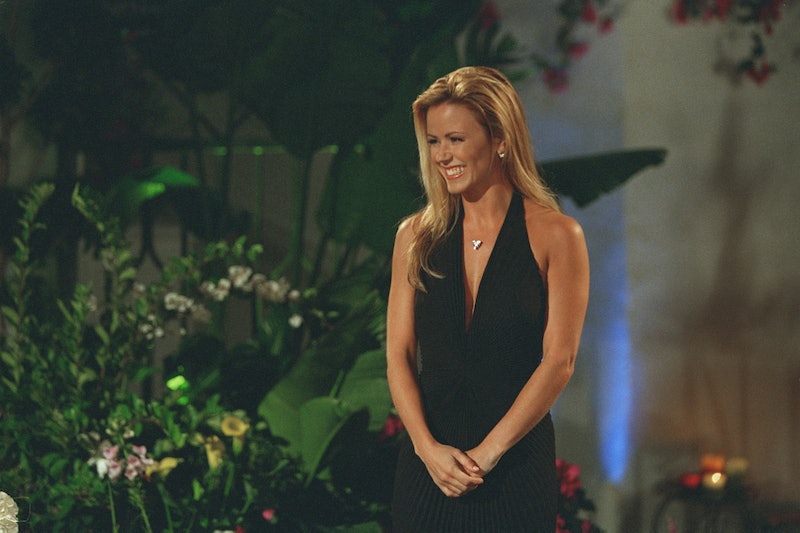 The Bachelor franchise has come a long way since its early days of shorter seasons and low-budget destinations, but that doesn't make OG season rewatches any less enjoyable. So ahead of Monday's episode of The Bachelor: The Greatest Seasons — Ever!, which focuses on first Bachelor Alex Michel and first Bachelorette Trista Rehn, we highly recommend streaming Trista's Bachelorette season.

Luckily, the streaming service Tubi has all six episodes of Rehn's season available to stream for free. Other seasons available on the platform include Rachel Lindsay’s Bachelorette season as well as Michel's inaugural Bachelor season and Arie Luyendyk Jr.’s Bachelor journey.

While it’s true that many couples who get engaged on a Bachelor Nation show ultimately break up rather than get married, Rehn’s experience has proven to be one of the few exceptions to that rule. As many diehard Bachelor fans already know, Rehn accepted Ryan Sutter's proposal at the end of the season, and the two have remained happily married for the past 16 years. They live in Colorado, where they are raising their two children.

That's not to say that their relationship hasn't come with some struggles throughout the years, but the couple knew that fighting for each other was more than worth the effort. "You just put your time and effort into your marriage, and into each other," Rehn (now Sutter) told Us Weekly when discussing their successful marriage in March 2019. "You prioritize each other. You focus on trust and respect and love and friendship, and enjoying each other, enjoying what you love to do together in this life."

They're a prime example of how true love really can be found on reality TV. And if you want to experience even more of Trista and Ryan's romantic journey, their wedding special can be found on Tubi as well.