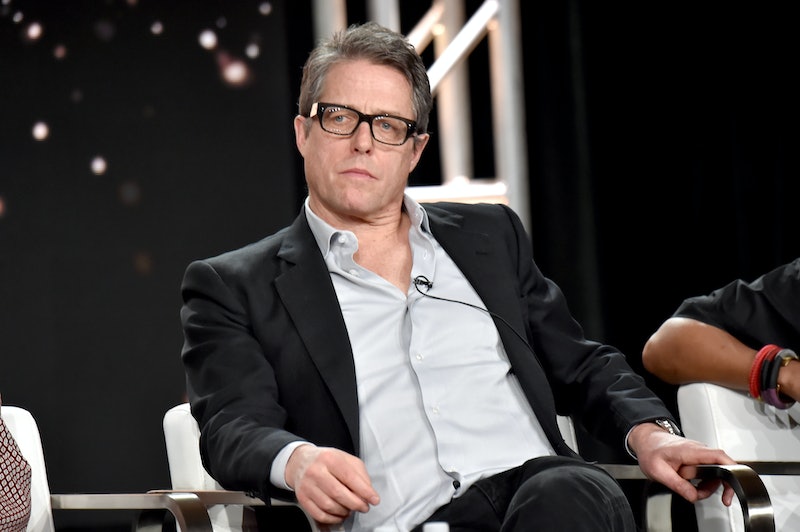 Sky Atlantic's new psychological thriller, The Undoing premieres on Oct. 26. It has deceit, a mysterious murder, and Hugh Grant and Nicole Kidman in the leading roles. Grant plays a seemingly honest and devoted husband to Grace Fraser (Kidman.) However, a terrible incident leads to the revelation of lies and secrets. There’s no denying this is a heavier role for Grant compared to Paddington and Bridget Jones. So how does he unwind after a long day of filming? In a Radio Times interview, Hugh Grant revealed he loves to watch Antiques Roadshow.

Grant told the Radio Times that he really enjoyed how fast paced working on TV series can be compared to acting in a film. However, when it comes to watching TV himself he revealed: “I love sport on TV. I watch a little tennis and motor racing. And Antiques Roadshow.”

There’s little surprise that Grant would choose something so light-hearted to end the day with while working on a show as "dark" as The Undoing. Comparing his latest role to his past work he said, “I got too old and ugly for romantic comedies, but I feel like I’ve been able to spread my wings a little with roles in films like Cloud Atlas, Florence Foster Jenkins, and Paddington Two... My role in The Undoing is pretty deep and dark – and it’s been fun to give it a go. A new challenge for me.”

The Undoing will premiere on Sky Atlantic on Oct. 26. Describing the new series Kidman told the Radio Times it’s “a classic thriller with lots of cliffhangers. It keeps you guessing until the very end.” Not one to be missed, then.