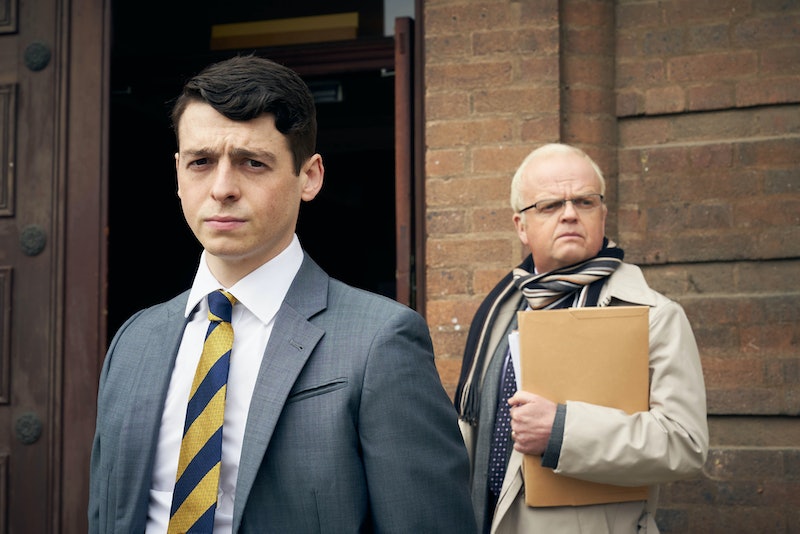 BBC’s upcoming drama Danny Boy is set to tell the story of “a young man’s journey from medal-winning hero to alleged killer” and his search for the truth. The one-off drama stars Harry Potter And The Cursed Child actor Anthony Boyle as Brian Wood, a soldier who was accused of war crimes in Iraq, but is BBC’s Danny Boy based on a true story?

Airing on May 12 on BBC Two, Danny Boy is written by BAFTA-winner Robert Jones and is based on a true story. The 90-minute drama will deep-dive into “one of Britain's biggest-ever public inquiries” and will see a moral conflict that takes us from the battlefield to the courtroom.

Brian Wood, from Hampshire, was deployed to Iraq as a soldier for the Princess of Wales's Royal Regiment back in 2004 and was later awarded a Military Cross medal for leading the charge in a three-hour gun battle in the city of Amarah — otherwise known as ‘The Battle of Danny Boy’. However, in 2009, Wood found himself at the centre of the high-profile Al-Sweady Inquiry, which accused him and his colleagues of the torture and murder of prisoners.

After a long and expensive inquiry (close to £31 million was spent) Wood was cleared of the charges in 2014, after some claims were deemed "entirely the product of deliberate lies."

In an interview with Esquire this month, Wood spoke of the traumatic experience: “Winston Churchill once said ‘a medal glitters, but it also casts a shadow’, which was case in point for me. Being awarded the Military Cross was one of the proudest days of my life, but then to have my integrity put into question five years later was awful.”

The former soldier is said to have worked with Jones and I May Destroy You director Sam Miller on the Danny Boy film. The BBC drama also sees actor Toby Jones as “determined” human rights lawyer Phil Shiner who accused Wood and colleagues of war crimes.

“The drama richly explores the effect Brian’s experience has not just on him, but also on his family: his father and ex-soldier, Gavin, played by Alex Ferns; his mother Margaret, played by Pauline Turner; and his wife Lucy, played by Leah McNamara,” reads the BBC’s synopsis.

“Danny Boy is an urgent and thought-provoking drama that questions what we ask of those who fight — and kill — for their country,” it adds.

On portraying Brian Wood, Anthony Boyle said, via Digital Spy: “I’m thrilled to be working with Sam Miller on Robert Jones’ phenomenal script, and telling Brian’s extraordinary story. We get to explore not just the realities of war, but how they can come back to haunt you.”

More like this
Olivia Colman Stars In First-Look Trailer For BBC's 'Great Expectations'
By Sabah Hussain and Sam Ramsden
'The Traitors' Is Officially Being Turned Into A Board Game
By El Hunt
Michaela Coel Has Some *Thoughts* About The Nepo Baby Discourse
By Maxine Harrison
Claire Foy Spoke Out About 'The Crown's Gender Pay Gap
By Sam Ramsden
Get The Very Best Of Bustle/UK
Sign up for Bustle UK's twice-weekly newsletter, featuring the latest must-watch TV, moving personal stories, and expert advice on the hottest viral buys.