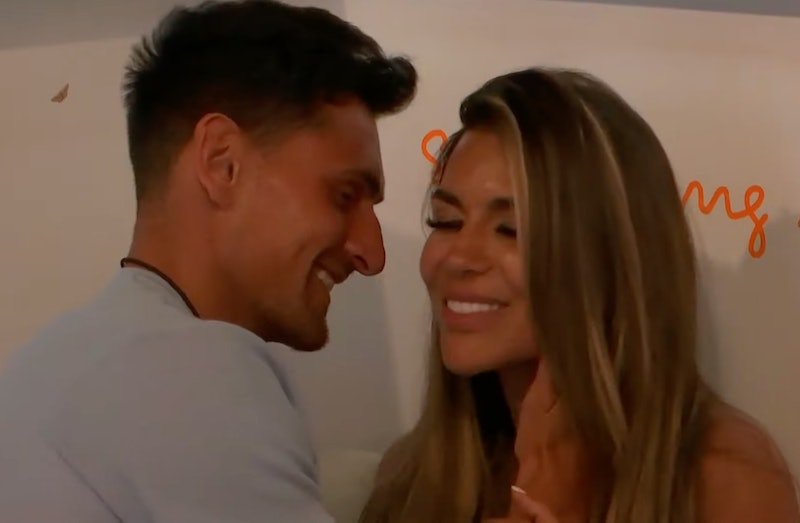 It has to be said: Ekin-su Cülcüloğlu is giving us the Love Island that we deserve. Give her the prize money and an Oscar.

In scenes that aired on June 17, Cülcüloğlu and fellow bombshell Islander Jay Younger could be seen crawling across the terrace Bear Grylls-style to have a secret kiss. Twitter went wild… and so did Cülcüloğlu’s villa partner Davide Sanclimenti. After he came to chat to the Turkish actress about where she had been, it turned into a fiery row. Sanclimenti even did a bit of swearing in Italian, which is certainly not amore.

Elsewhere, Amber Beckford and Dami Hope fell out and viewers aren’t 100% sure why. It started as a conversation over who should be instigating affection, and although Hope did his best to win her back with some questionable smashed avo on toast, Beckford still isn’t convinced. She spent more time with new Islander Remi Lambert, but fans are still rooting for Hope’s happiness.

Tension is mounting in the villa as Younger and Lambert have really shaken things up. Luca Bish and Gemma Owen, a seemingly solid couple, decided to slow things down after Owen wasn’t happy that the new boys didn’t talk to her, and Bish read her. Meanwhile, Tash Ghouri and Andrew Le Page are staying together, despite Younger telling Le Page that she’s just not that into you. As it stands, fan favourites Indiyah Polack and Ikenna Ekwonna are the strongest couple in the villa, but it’s all to play for.