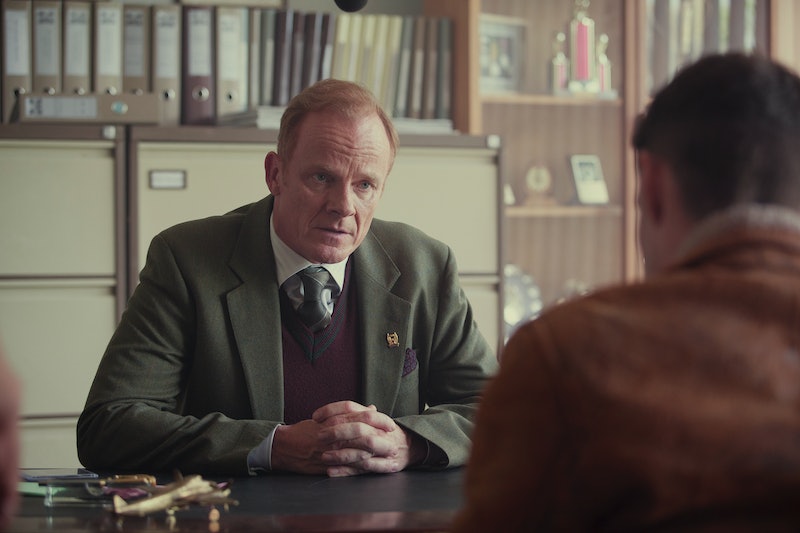 Sex Education actor Alistair Petrie has revealed that his sons Cal and Brodie Petrie had a blink-and-you’ll-miss it cameo in Season 3 of the hit show.

In a post on Instagram, Petrie shared a snap of the three actors on set captioned: “Attitude. Album due out 2023. @cpetrieee @brodie.petrie #sexeducation #thedragons #tiktoktwins #apparently”

The 50-year-old plays former headmaster Michael Groff (Mr Groff) in Sex Education, while his sons Cal and Brodie feature in the show as two pupils at the Moordale Secondary School. They can be briefly seen in the hilariously memorable poo scene on the coach in episode five.

It was seemingly TikTok user @lornaaaa who first noticed the pair’s appearance (later confirmed by Petrie’s Instagram post). Her two posts about the Petries’ cameo garnered over 7 million “likes” collectively, and attracted dozens of comments from delighted fans: "OMG no way are those twins from Sex Education the sons of Mr Groff,” said one.

The news is made even more interesting given that there has lately been speculation over whether Connor Swindells, who plays Petrie’s on-screen son, may be related to him IRL.

It turns out that the actors are not related, but share a close bond, much like a father and son would. “we’re not [related] but I feel like we are,” Petrie said as he replied to writer Bolu Babalola on Twitter. “He’s a truly great talent and I’m so enormously proud of him - as I would about my own sons.” Sob.