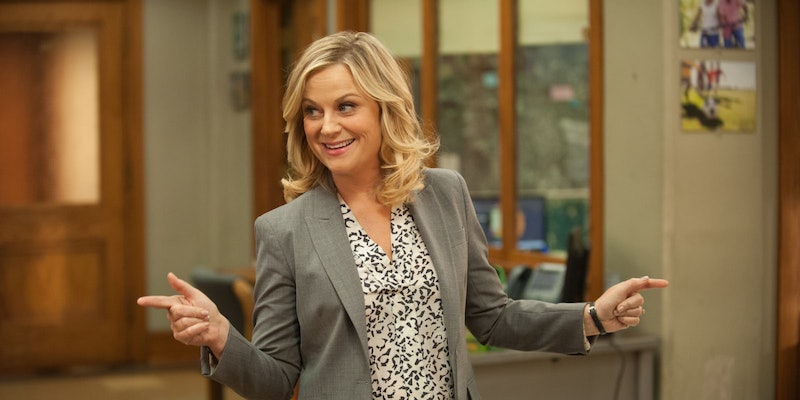 The hilarious hijinks of Leslie Knope and fellow Pawnee townsfolk are what made the political mockumentary sitcom Parks and Recreation one of the most-loved U.S. comedy exports of the past decade. Now, as the UK enters a third national lockdown, I couldn't think of a better time to "treat yo' self" and revisit the award-winning series. Thankfully, the stateside comedy will soon be easier to stream than ever. But, when is Parks and Recreation coming to Netflix UK?

Well, it won't be long before fans can treat themselves to a side-splitting streaming sesh of the Amy Poehler-led comedy, because Parks and Recreation will arrive on Netflix UK on Monday, Feb. 1. However, if you simply can't wait until then, the NBC comedy is also currently available to watch on Amazon Prime Video in the UK.

For anyone unfamiliar with the hit series, Parks and Rec is set within the fictional town of Pawnee, Indiana, and follows the day-to-day shenanigans of the town's Parks and Recreation department. At the heart of the comedy is the loveable mid-level bureaucrat Leslie Knope, who, along with her co-workers, strives to make the town of Pawnee a better place — with often hilarious results.

Parks & Recreation will be available to stream on Netflix UK as of Monday, Feb. 1.