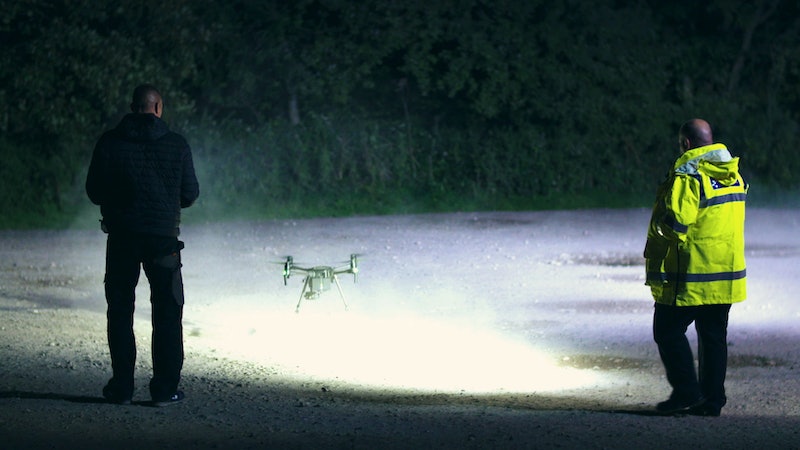 After missing an appointment with his mental health worker, 59-year-old Michael Denon-Ross disappeared from his Cheltenham home. Concerned about his whereabouts, Michael's 25-year-old son Oli reported him missing on October 31, 2019. In the third episode of BBC's Reported Missing, Gloucestershire Police battle to find the missing Michael, who suffers from paranoid schizophrenia and stopped taking his medication.

Following Oli's call to the police, an appeal was launched which eventually led to evidence of Michael's whereabouts — CCTV footage from Cheltenham's town centre — coming to light. It became apparent that the 59-year-old boarded a train headed to Cardiff, but police believed he disembarked at either Lydney or Chepstow, which are 40-50 minutes away, and headed towards woodland.

A major search and rescue operation ensued "but looking for someone hiding in a heavily wooded area presents them with major challenges," especially it's known that Michael "may head for secluded areas or ditches."

Police were also made aware that it wasn't the first time Michael has disappeared. In 2013 he went missing in Gloucestershire for two weeks, and in 2017 he disappeared in the Australian Outback after flying to Perth "on a three-month tourist visa," per the Daily Mail.

Thankfully he was found safe and well on each occasion, including the most recent disappearance. "We are delighted to report that Michael Denon-Ross, who was reported missing almost a week ago, has been found," Gloucester Police said in a statement (via Gloucestershire Live) in November 2019. Michael spent three days out in the open without any food or water before being found, as the BBC synopsis reads, "an indication of how much he will neglect himself in a bid to get away."

More like this
Is Winter 'Love Island' Flying Too Close To The Sun?
By Jason Okundaye
Spencer Matthews’ Impressive Net Worth Expands Far Beyond Chelsea
By Sam Ramsden
Barney Walsh Has Been Linked With This Famous Miss World Winner
By Sophie McEvoy
Joey Essex Is Rumoured To Be Dating A 'Love Island' Favourite
By Sam Ramsden
Get The Very Best Of Bustle/UK
Sign up for Bustle UK's twice-weekly newsletter, featuring the latest must-watch TV, moving personal stories, and expert advice on the hottest viral buys.