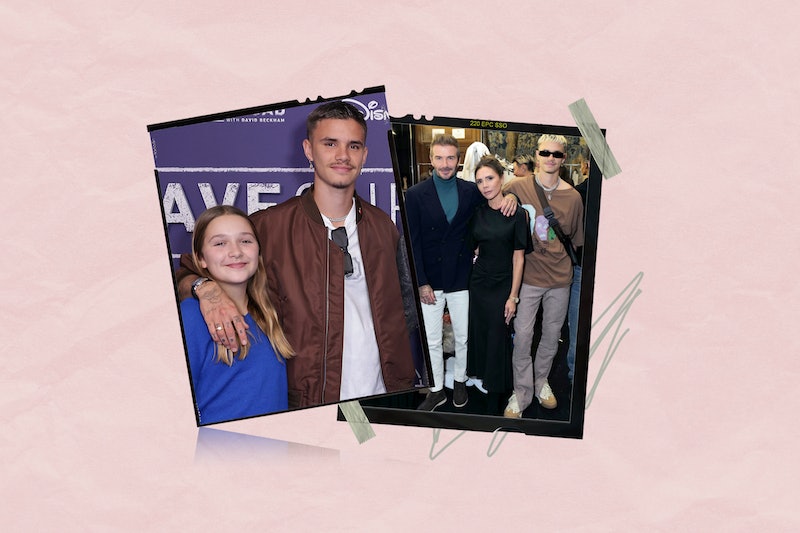 Romeo Beckham is once again following in the footsteps of his famous father, David Beckham. In 2021, the 20-year-old joined Major League Soccer club Inter Miami II, which was founded by his footballing legend dad. Now, the rising star has headed to Amsterdam for a work venture with the Inter Miami squad, and his little sister Harper Beckham, 11, gave him a sweet send off.

The athlete shared his younger sibling’s heartwarming handwritten note on his Instagram Stories, during which Harper wrote that she was “so proud” of her older brother. “I hope you have so much fun in Holland, I will miss you,” she said. “I am so proud of you and your football, well done.”

The youngster, who had also drawn red hearts on the paper, added that she is “so happy and thankful” that Romeo is her older brother. Harper continued: “I am the luckiest person ever. I love you with all my heart. Love = favourite child (AKA = Harper).”

Romeo’s trip to Amsterdam comes shortly after the footballer reportedly got back together with his ex-girlfried, model Mia Regan. The pair first began dating back in 2019 and were believed to have split in July 2022, just after their third anniversary.

Meanwhile, Romeo’s father David has recently faced ongoing criticism for his role as an ambassador of the Qatar World Cup. On Nov. 13, comedian Joe Lycett publicly challenged David to abandon his position, and pledged to donate £10,000 to LGBTQ+ charities if the former England star agreed to do so. However, David failed to respond, and Lycett later placed £10,000 worth of — what turned out to be fake — cash into a shredder.