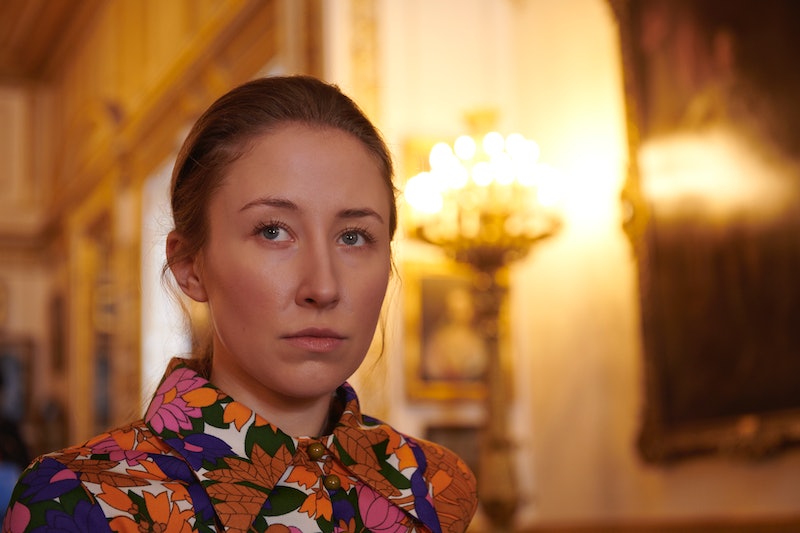 While Princess Anne has always been one of the more “low key” royals, the second child and only daughter of Queen Elizabeth II and Prince Philip has had her fair share of trials and tribulations when it comes to her love life. The highly anticipated season four of The Crown is set to cover the time period between 1977 and 1990, and thus explore some of the more scandalous events in the royal family’s history – one of which is Princess Anne’s rumoured relationship with Sergeant Peter Cross.

Bonding over all things equestrian, Princess Anne married her first husband Captain Mark Phillips in 1973 at Westminster Abbey. Phillips left the army to retrain as a farmer, and started spending a lot of time away from home in the late 1970s. It was during this period that the Princess Royal is rumoured to have had a relationship with her personal protection officer at the time, Detective Sergeant Peter Cross.

Detective Sergeant Peter Cross, a married police officer from south-west London, became the Princess Royal’s protection officer in 1979, but found himself back in uniform just a year later. Cross was relieved of his duties amid suggestions that he and the Princess had become “too close”.

The Princess Royal never acknowledged, let alone commented on, the claims, but as soon as the press got wind of the rumours, it was splashed across front pages. Harry Arnold, former royal reporter at The Sun, told the 2002 Channel 4 documentary, The Real Princess Anne: “I was told from an absolutely amazing source that he was having an affair with Princess Anne. I couldn’t use the word affair, so I invented the phrase that he became ‘over-familiar’ with Princess Anne.”

Arnold also claimed that the Princess Royal used the pseudonym Mrs Wallis when she wanted to contact Cross, potentially in reference to Wallis Simpson, and suggested that Peter Cross continued to see Princess Anne, even after he was removed from his post at the palace. None of the details have ever been confirmed or proven, but that doesn't stop Netflix producers putting a creative spin on the rumours.

The Princess Royal stepped out of the spotlight for a while around the time, but that wasn’t the end of the media whirlwind. In 1984, then-retired Cross sold his story to the News of the World, for £600,000.

Princess Anne and Phillips stayed together for several more years, but announced their intention to separate in August 1989, eventually divorcing in 1992. Four months after the divorce was finalised, the Princess Royal married Commander (now Vice Admiral) Sir Timothy Laurence, who she met while he served as her mother's equerry between 1986 and 1989. The couple married in an intimate, private ceremony in Scotland, and remain together today.

More like this
Helena Bonham Carter Doesn't Think 'The Crown' “Should Carry On"
By Sam Ramsden
'Bridgerton' S3 Will Show A *Very* Different Side To Kanthony
By Sam Ramsden
Twitter Is Burning As Phoebe Dynevor Reveals Daphne’s 'Bridgerton' Exit
By Sophie McEvoy
Everything To Know About The 'Daisy Jones & The Six' TV Series
By Maxine Harrison and Brad Witter
Get The Very Best Of Bustle/UK
Sign up for Bustle UK's twice-weekly newsletter, featuring the latest must-watch TV, moving personal stories, and expert advice on the hottest viral buys.