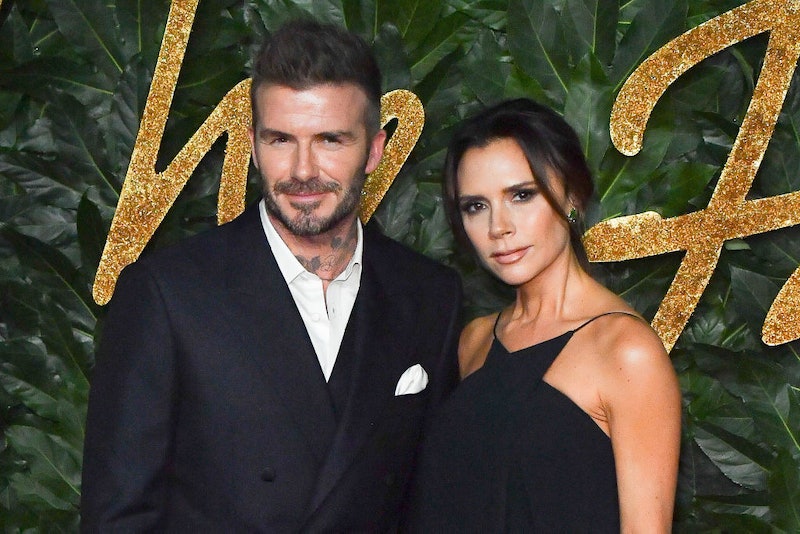 Ah, we've been yearning for some wholesome content and the Beckham family never disappoints. After being apart during much of the lockdown, Victoria Beckham celebrated having her family back together in a heartwarming holiday snap. The fashion designer posted a photo of David Beckham with their three sons, clearly having a lovely time on a family holiday.

It's a darling picture, and Brooklyn (21), Romeo, (17) and Cruz (15) all look the spitting image of their famous father. (My, aren't they growing up fast?) Harper, the youngest of the Beckham clan, is notably missing from this all-boys snap, but often features in David and Victoria's adorable Stories.

The reunion was likely to be rather emotional one, given Brooklyn's recent engagement.

The 21-year-old has been living in New York with actress Nicola Peltz throughout lockdown and announced their engagement just last month. Metro reports that the newly-engaged couple plan to host three different engagement parties: one in the UK, hosted by the Beckhams; one in Florida, hosted Nicola’s businessman dad Nelson Peltz; and a third, hosted by the couple in New York.

Wedding plans too are rumoured to be in full swing. According to The Sun, the Posh and Becks have planned to invite Meghan Markle and Prince Harry to the wedding, and the Peltz have plans for two "no expenses spared" events in the UK and U.S.

The Transformers actress shared a post of Brooklyn wearing a gold band on his ring finger this weekend, too, spurring on rumours that they might have tied the knot already. "While it's unclear if the gold band is an engagement or wedding ring, it seems clear that Peltz and Beckham are already completely committed to one another," writes Harper's Bazaar.