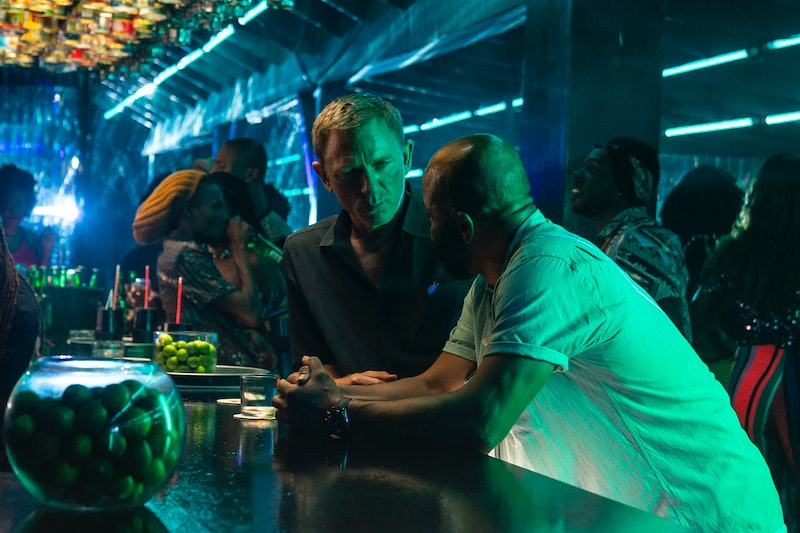 Ahead of its revised release in November, the latest No Time To Die trailer has dropped offering a refresher on Daniel Craig's last outing as James Bond, and a rather explosive teaser of what's to come. Directed by Cary Joji Fukunaga (Beasts of No Nation) and co-written by Phoebe Waller-Bridge, the 25th instalment of the James Bond franchise sees the return of some very familiar faces, as well as a brand new villain portrayed by Rami Malek.

The trailer shows Bond, returning to life as a secret agent after five years away from the events of Spectre. Bond is contacted by his old friend and CIA agent Felix Leiter (played by Jeffrey Wright) to help find a missing scientist. As Bond returns back to the MI6 fold, he's introduced to Nomi (Lashana Lynch) — a '00' agent who came into service following Bond's retirement. From the looks of the trailer, they don't have the best relationship, but it seems they cast their differences aside to fight the latest villain Safin.

Speaking of Malek's Safin, who Fukunaga describes as "more dangerous than anyone he's ever encountered", Malek gets much more screen-time in this trailer. Blofeld (Christoph Waltz) also makes an appearance, insinuating that Safin "is also his enemy" as Empire points out. Talk about drama.

The new trailer also makes a point to remind audiences that No Time To Die will indeed be released in theatres this November. And following the success of Christopher Nolan's Tenet which has since grossed $53 million internationally despite the ongoing pandemic, per IndieWire. The release of No Time To Die is looking pretty optimistic.

You can watch No Time To Die on Nov. 12 in theatres across the UK.

More like this
Yes, You Can Stream ‘To Leslie’ In The UK Now
By Sam Ramsden
Your Guide To Watching 'Everything Everywhere All At Once' In The UK
By El Hunt and Sophie McEvoy
Stephen Graham & Steve McQueen Are Working On A Wartime Drama
By Darshita Goyal
Channing Tatum “Nearly Killed” Salma Hayek During 'Magic Mike' Lap Dance
By Sam Ramsden
Get The Very Best Of Bustle/UK
Sign up for Bustle UK's twice-weekly newsletter, featuring the latest must-watch TV, moving personal stories, and expert advice on the hottest viral buys.