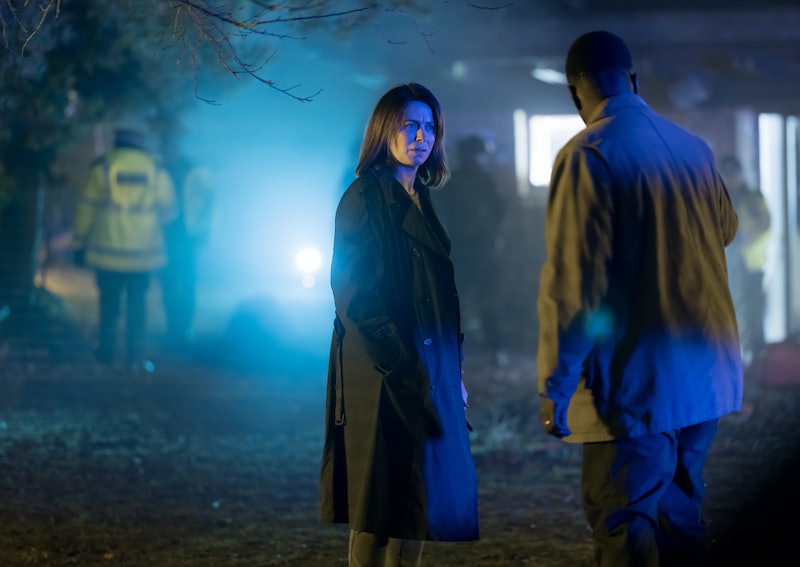 After six episodes of cat-and-mouse, Showtime's latest British export, We Hunt Together, comes to an end on Sunday night. So far, there's no news about whether or not the show will return for Season 2, but if it is renewed, it may be quite a while until it returns.

British television shows are notably shorter than American ones, and often have years-long gaps between seasons. BBC's psychological drama, Luther, for example, began with a six episode-series in 2010; returned with four-episode seasons in 2011 and 2013; released two more episodes in 2015; and then had a four-episode season in 2019. That's just 20 episodes total, and it took nine years for them to air. By contrast, it took the American crime series Law & Order: SVU just nine months to air its first 22 episodes.

It's unclear what, if any, the long-term plan is for We Hunt Together. Much will depend on how Showtime feels about the series' performance. There's a chance that Alibi, its original network, will produce a second season, but that Showtime will then pass on airing it. Or maybe Alibi won't pick up a second season and Showtime will take over production instead. Or both Alibi and Showtime could want another season, or neither could. It's all up in the air at this point!

Another season of We Hunt Together does seem likely, though, because Showtime is marketing the current season as "Season 1." If the show were intended to be a limited series, then the network would label it as such. Reviews for We Hunt Together have not been kind, which could hurt its renewal chances. But the show's popularity with viewers is what will ultimately decide its fate.