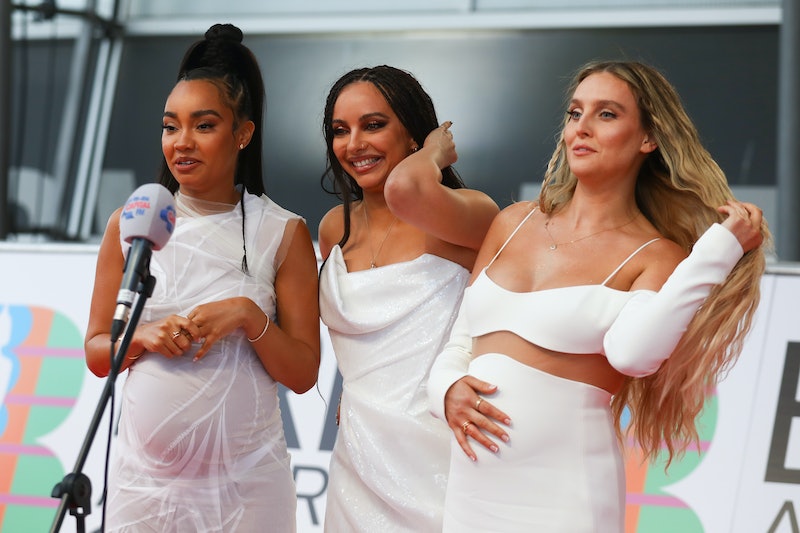 Back in May, Little Mix fans got double dose of happy announcements, with Leigh-Anne Pinnock posting that she was expecting a child with fiancé Andre Gray on Instagram and Perrie Edwards revealing just days later that she was also pregnant with her first child with Alex Oxlade-Chamberlain.

A couple of months later, in July, Pinnock and Edwards further delighted fans by showing off their baby bumps in the music video for their new single, “Kiss My (Uh Oh).” The video was reminiscent of the romantic comedy Bridesmaids, with Pinnock and Edwards taking on the role of Rita and Becca in the film, respectively, while fellow bandmate Jade Thirlwall pretended to be Melissa McCarthy’s Megan and collaborator Anne-Marie played the lead character Annie.

The two held their baby showers summer — with Edwards holding hers in June, and Pinnock’s in July. So, when are their babies due?

Well, Edwards and her baby surprised fans when the singer announced that she’d given birth on August 21. Although her due date was unknown in the lead-up, outlets had predicted she was due in October, assuming she made her May pregnancy announcement at her three-month mark. Her happy surprise came via an Instagram post with two adorable photos of her newborn but no information about the baby’s name or sex.

As for Pinnock, she has dropped a few hints along the way. According to an Instagram post from August 14, it’s “nearly time” for her. She captioned a picture of herself, with her baby bump in full view, “I have dreamt of the moment I get to meet you, hold you, guide you, teach you. It’s nearly time.”

Earlier in July, Pinnock also dropped another hint that her baby was soon on its way, posting a photo of her bump with the cheeky caption “pending”. So it looks like baby Gray might pop out sometime very soon!

Babies in the next music video, please?