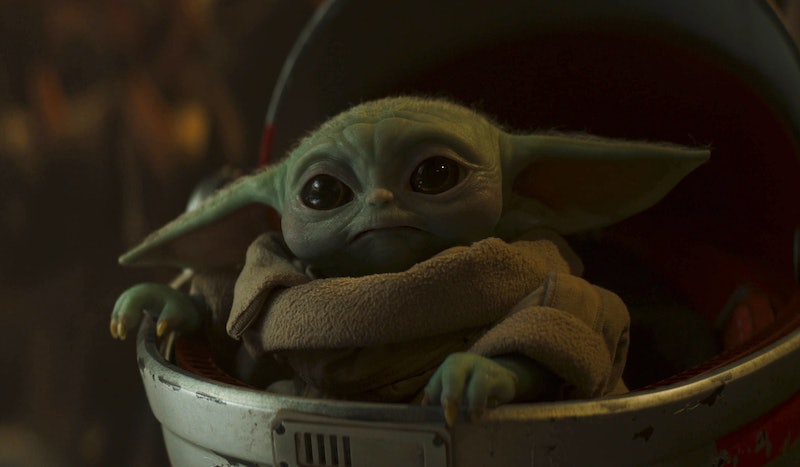 Having old school Disney films on demand and being able to watch Hamilton from the comfort of your own sofa has made Disney+ one of the heroes of lockdown. The streaming service, which launched in the UK at the end of March 2020, has provided hours of nostalgic entertainment. And Star Wars fans will be pleased to hear that a trailer for the new series of The Mandalorian has just dropped. So, here’s when The Mandalorian will air in the UK.

Disney+ announced that The Mandalorian and the Child will return to your screens next month to continue their dangerous journey. Series two will be available on the streaming platform in the UK and U.S. from Oct. 30. The Mandalorian and the Child will be traveling through an unknown and dangerous galaxy after the collapse of the Galactic Empire. They have to establish who will help them and who is out to hurt them in their mission. Fans can expect all new baby Yoda GIFs to come their way this autumn. What a treat.

Pedro Pascal returns to the series as The Mandalorian. He’s joined by Gina Carano as Cara Dune, and Carl Weathers as Greef Karga. The series has been directed by Weather, Jon Favreau, and Bryce Dallas Howard, among others.

Speaking about The Mandelorian to Extra, director Jon Favreau revealed that they started the second season as the first was going into post-production. He said, “I grew up with Star Wars so you want to make sure you’re servicing it in a way that’s respectful of what’s gone before and in a way that delights the fans.”

If you want to refresh your memory before season two or want to get lost in the Star Wars universe season one of The Mandelorian is currently on Disney+.