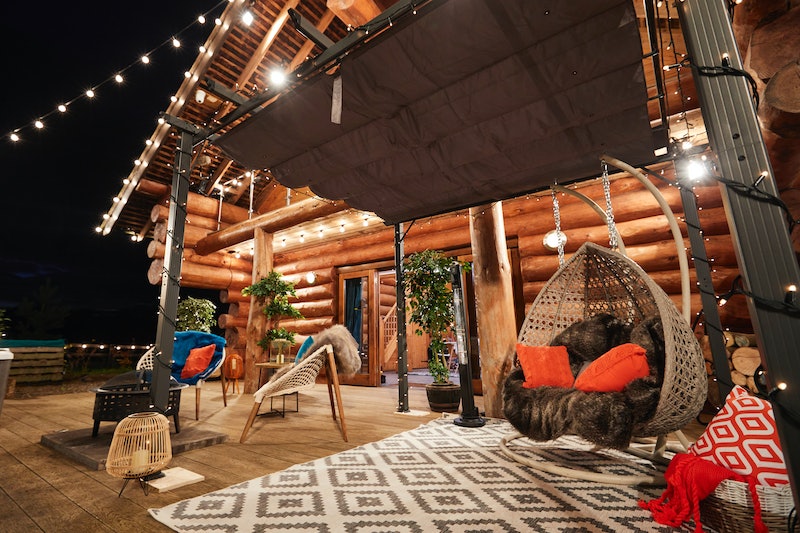 ITV2's latest dating show The Cabins is set to fill that Love Island void in your heart, and it's air date isn't too far away. Starting next Monday (Jan. 4) at 9 p.m., a group of singletons are immediately coupled up and are tasked with spending 24 hours together with no distractions. But, with the various lockdowns and other restrictions going on this year, I'm sure a few viewers will be wondering, when was The Cabins filmed?

There's no specific date I can find for when filming started, but judging by a few Instagram posts calling for contestants to apply for the series, the process began sometime in mid-August. According to The Sun the series is pre-recorded, so there will be no live vote offs in the coming month. That whittles the filming time down to between August and January, which obviously includes England's second lockdown in November. So how did the cast and crew deal with all the COVID restrictions and protocols?

According to The Sun, the reality series was "able to go ahead after ITV put strict health and safety COVID-19 protocols in place." As with I'm A Celebrity, which was also filmed in November, the contestants were reportedly isolated at a hotel prior to filming where they waited for their COVID test results, and filming was then "carried out with minimal crew, who all wore face masks and were regularly temperature checked throughout production."