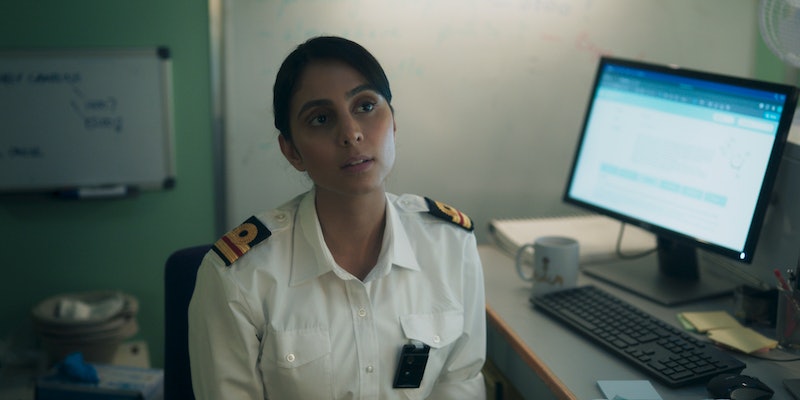 Within a week of Vigil premiering on BBC One, the Suranne Jones-led drama amassed an audience of 10.2 million viewers. A new record for the broadcaster, the police procedural is now the BBC’s most-watched new drama of 2021. With the series coming to a close at the end of September, you’re probably wondering whether it’s set to continue beyond six episodes. So will Vigil return for season two?

Anjli Mohindra, who plays medical officer Tiffany Docherty, has hinted that “there’s been conversations” about the series making a return. “I think there’s stuff on the horizon,” she recently told Radio Times. “But nothing confirmed yet.” Series creator and writer Tom Ford has also suggested Vigil may have a comeback, as there are plenty more stories yet to be told.

“We have probably told as many of the stories as we would wish to tell on a submarine,” he added. “[But] some of the characters that we have developed as we’ve made it, they feel like characters that we’d love to burrow into.” Essentially, it’s down to whether the BBC wants to pick the drama up for another series. “If there’s a will to do it from everyone else then certainly I would be up for it,” Edge said.

On Sep. 3, 2021, the Sun suggested the BBC were allegedly in talks for a second series. “The Beeb knew they had a hit on their hands,” a TV insider told the newspaper. “So they’ve been in discussion for some time with its creators, World Productions, about a potential follow-up.” A BBC spokesperson tells Bustle that there’s no news of a second series at this stage.

However, if Vigil weren’t to continue, Edge feels as though the first series will conclude on a satisfying note. “it’s not a show that is going to feel frustratingly incomplete if it never comes back,” he told Radio Times, “and I was quite keen for that to be the case.”