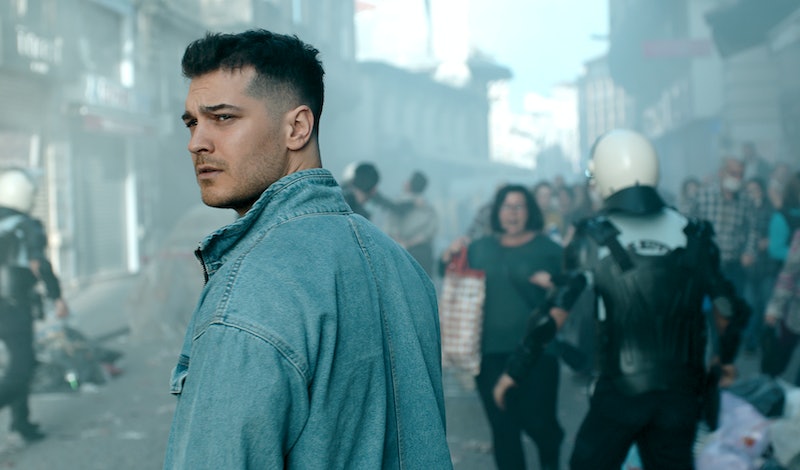 In Netflix's recent announcement of The Protector's fourth season, the streaming service billed its first original Turkish series' latest installment like this: "The struggle is ending. Either the past will win or the future." If the tagline sounded cryptically final, it's because The Protector will not return for Season 5, according to multiple Turkish news outlets. The last 10 episodes of the superhero drama that hit Netflix on July 9 will reportedly be the last.

The fantasy series centers on the epic adventures of young shopkeeper Hakan (Çağatay Ulusoy) "whose modern world gets turned upside down when he learns he’s connected to a secret, ancient order, tasked with protecting Istanbul," per Netflix's official description. "At the story's start, Hakan couldn't be further from a hero — just an ordinary guy in this city of 15 million, where East meets West and past meets present. He must quickly learn that his hometown is under threat from the mysterious, mystical Immortals, and it's his job to stop them. It's a task he's not only unprepared for, but resists."

Aside from finding out whether or not Hakan and Zeynep (Hazar Ergüçlü) finally get together, in the fourth and final season fans can expect to find out if Hakan does fulfill his final destiny as the last protector. Despite his brave fight against Vizier, he failed to stop Istanbul from falling to the darkness of the Immortals and must now bring the balance back toward the light to stop them for good.

Whether or not he ultimately prevails in the battle between good and evil, the characters' fates will seemingly be revealed once and for all by the end of Season 4.