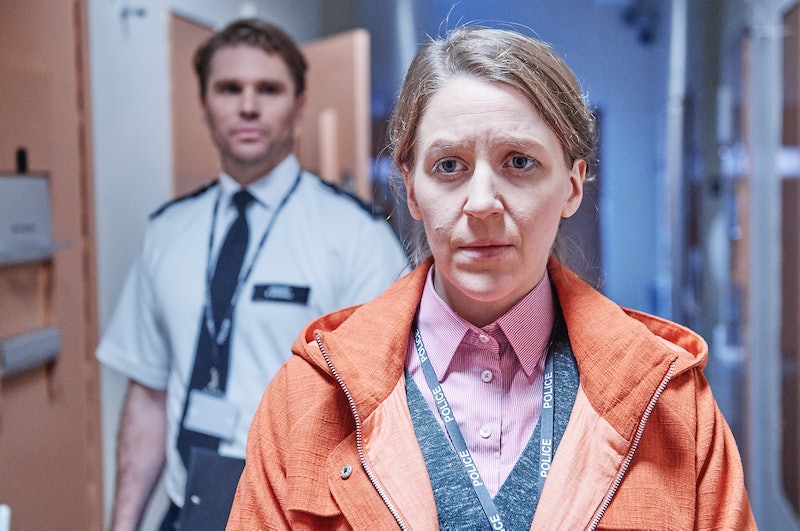 On Monday night (Nov. 8), viewers were treated to the first instalment of ITV’s latest crime drama, The Tower. Based on the book Post Mortem by former Metropolitan police detective Kate London, the series follows DS Sarah Collins (played by Gemma Whelan) as she investigates the death of a veteran police officer and a teenage girl, as well as the disappearance of rookie police officer Lizzie Griffiths (played by Tahirah Sharif) from the scene.

Airing across three consecutive nights, the series is already nearing its end. With the penultimate episode set to debut on Wednesday night (Nov. 10), viewers will probably be wondering whether The Tower will be returning for a second season – especially since London has published two more books centred around Collins and Griffiths.

While ITV has yet to confirm The Tower’s return, its stars are more than optimistic about reprising their characters. In an interview with the Radio Times, Tahirah Sharif, who plays Lizzie Griffiths, said that “based purely on the fact that there are two other novels already written I think it’s definitely got the scope to carry on.”

In Kate London’s second book, Death Message, Collins and Griffiths team up to solve a mysterious disappearance spanning two decades as well as a case of domestic violence. As the summary for the book reads, “Sarah and Lizzie must survive the dangerous territory where love and violence meet” as the two cases coincide with one another.

Although the third book, Gallowstree Lane, focuses more on another detective – Detective Inspector Kieran Shaw – it still features Collins and Griffiths. This time, the officers are involved in bringing down an organised crime group, the Eardsley Bluds.

And, according to The Tower’s lead Gemma Whelan, London is already working on a four instalment to her book series. “I hope we get to do it again,” Whelan recently told Philip Schofield and Holly Willoughby during an appearance on This Morning. “Series’ tend to get better and juicer as the writer knows the characters better,” she continued, adding that she’d “love to have another” crack at portraying Collins.