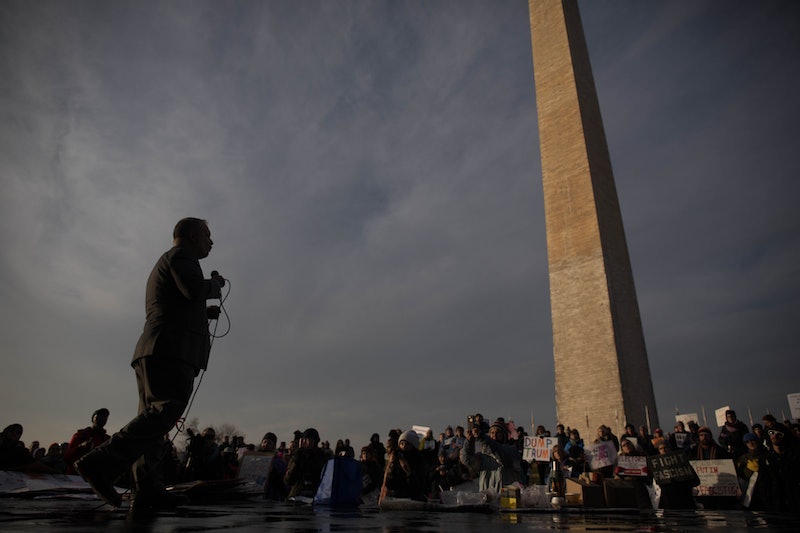 On Friday, despite the fact that 3 million more people in the country voted for Hillary Clinton, Donald Trump will be sworn in as the 45th President of the United States of America. There are a number of protests being organized the nation and around the world, but for those of you who will be on the front lines of national pageantry — that is, in Washington, D.C., on Inauguration weekend — here's a list of the most creative Inauguration protests planned in our nation’s capital.

Plans for protests have been underway since the day following Trump’s surprise victory on Nov. 8. The biggest of these — the Women’s March on Washington — is expecting to have as many as 200,000 participants, and boasts over a hundred sister marches from Key West to Seattle, and all over the globe.

But there are tons of other demonstrations that will be happening this weekend to call out injustice, stand up for equal rights, bring attention to hypocrisy and intolerance — many of them in very creative ways.

Here are 11 of the most creative demonstrations, protests, and events planned for this weekend in the D.C. area. To see the full slate of offerings, check out journalist Alejandro Alvarez’s amazing spreadsheet and map.