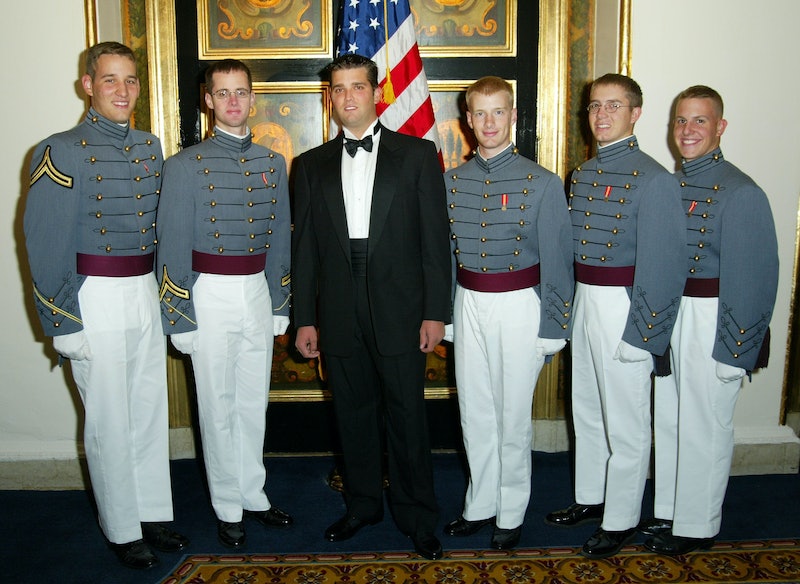 When Donald Trump first started running for president, he effectively brought his entire family into the spotlight along with him. While his children Donald Trump Jr. and Ivanka were already public figures to some extent, their fame hit a new level when their father's victory catapulted them into the first family. What was going on with Trump's eldest child before that fame, though? These photos of young Don Trump Jr. will give you a glimpse into the life of the president's oldest son, long before his father was the president.

Don Jr. was born on the very last day of 1977, when Trump Sr. was already a public figure, according to The Guardian. When Don Jr. was 12 years old, his father went through a very messy, public divorce with his mother, Ivana Trump, which upset Don Jr. to the point that he wouldn't speak to his father for a full year, according to Business Insider. From the beginning of his father's campaign, however, Don Jr. cemented himself as one of his father's staunchest defenders, as GQ wrote. And it's clear from looking at the pictures of his younger self that Don Jr.'s relationship with his father wasn't all fraught. Here are just a couple of looks into Don Jr.'s life before his father made it to the White House.