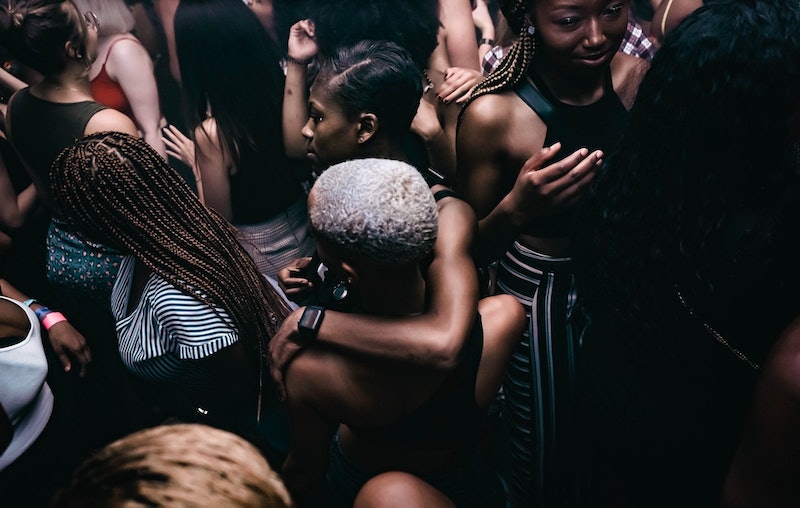 The LGBTQ+ liberation movement has come far in the UK but it can still be pretty tough to find spaces and events where you can be completely yourself as a queer woman. Even if there are LGBTQ+ clubs in your area it’s tough to find your community or one that suits you. At the end of the day everyone should feel safe on a night out and there are places and nights out there that cater to queer women. It’s just a case of finding them and getting your girls together. Here are seven UK club nights for queer women. There’s been a resurgence in LGBTQ+ club nights and you need to get involved.

Up until a couple of years ago it looked like the queer club scene had all but died. In 2017 Gay Times reported that over a ten year period 58 percent of LGBTQ+ venues in London had closed down. While a lot of this was attributed to gentrification, exhibitions like Queer Spaces has shone a light on the venues that the city lost and the significance they held to the community. However, there seems to have been a resurgence in queer nightlife. While you may have resigned yourself to a life of aimlessly swiping through dating apps in coffee shops in the hope that the barista that you’ve had a crush on for six months will ask you out, all is not lost. Here are seven of the hottest UK club nights for queer women.

More like this
Gen Z Are Twice As Likely To Identify As Queer, According To New Data
By Sam Ramsden
What The UK Blocking Scotland’s Gender Recognition Bill Means
By Sam Ramsden
25 Inspiring Quotes From Black Women To Celebrate Black History Month
By Kyli Rodriguez-Cayro and JR Thorpe
Adam Lambert Called Out The George Michael Biopic Over Potential Casting
By Sam Ramsden
Get The Very Best Of Bustle/UK
Sign up for Bustle UK's twice-weekly newsletter, featuring the latest must-watch TV, moving personal stories, and expert advice on the hottest viral buys.