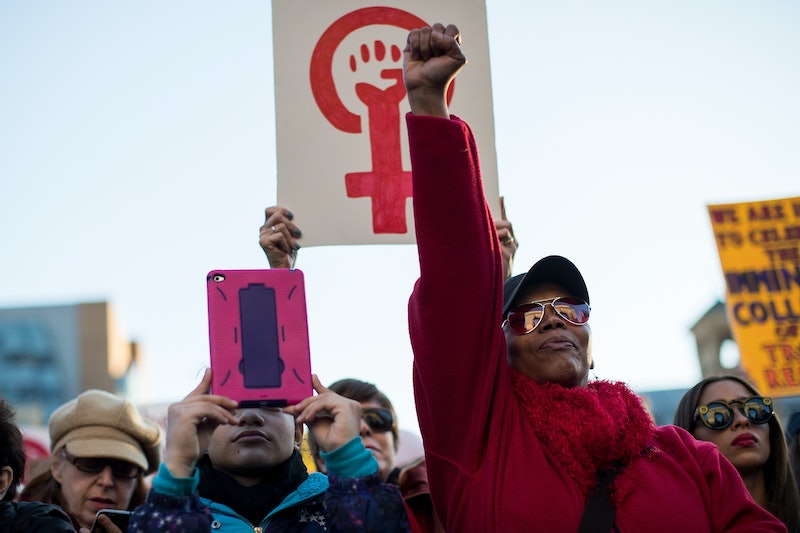 In conversations about the gender wage gap, you frequently encounter a lot of numbers (particularly the average cents-per-every-dollar ratio between men and women's earnings) and heartbreaking stories of the financial burdens behind those numbers. But each year on Equal Pay Day — the symbolic day where American women start to "catch up" to the average earnings of men from the previous year — women from all walks of life seek to bring attention to the disparities and, ultimately, find a way to bridge the gap. So, how did American women celebrate Equal Pay Day 2017?

Of course, as the April 4 date primarily correlates with the day white women's salaries begin catching up with men, the best Equal Pay Day celebrations kept in mind that the often cited "79 cents on the dollar" figure isn't the only one that matters — and worked to shed light on the experiences of all women. Whether it was through humorous attempts to brighten the mood and spread hope, heartfelt shout-outs to inspirational women who do #TheWork every day, educational programs and events, or making compelling art (and .GIFs), American women used Equal Pay Day 2017 to push the conversation about pay inequality (and its intersections) even further.