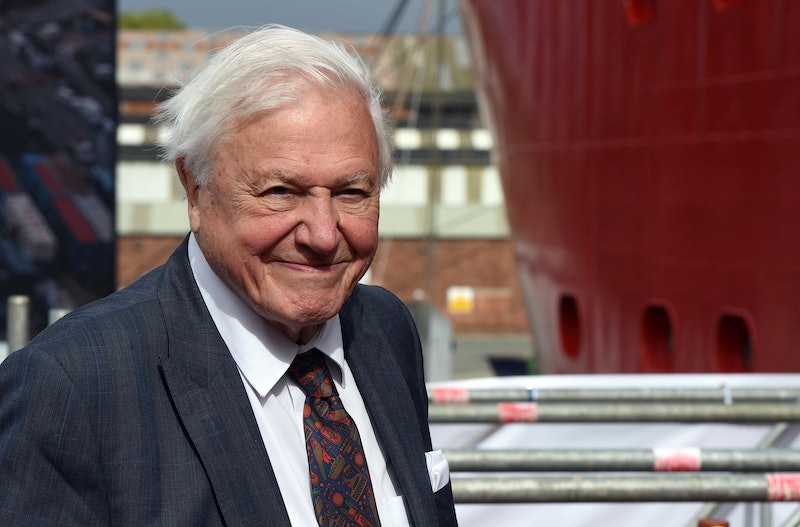 Sir David Attenborough is one of the most beloved and prolific naturalists on the planet. His work documenting the natural world has long since made him a leader in the field. So news that a film is being made about his life is no great surprise and the new trailer for David Attenborough: A Life On Our Planet shares a lot about Attenborough's views on the state of our planet. More specifically, whose fault it is.

The Telegraph reports that in the trailer Attenborough explains that the human race is to blame for destruction of our planet. He says: "Human beings have overrun the world. We're replacing the wild with the tame. This film is my witness statement and my vision of the future." Adding, "Our planet is headed for disaster. We need to learn how to work with nature rather than against it and I'm going to tell you how."

The feature-length documentary is produced by wildlife filmmakers Silverback Films and global environmental organisation WWF. According to WWF, it's the story of life on our planet and the man who's shared more of it with us than any other. It's a chance for Attenborough to tell the world about, as he says himself, his "extraordinary life" via his long held passion for exploration, his adventures, his broadcast career, and how little he and his contemporaries knew about the impending environmental crises ahead.

The film will have its world premiere at London's world famous Royal Albert Hall on Apr 16 2020, with live broadcasts in cinemas across not only the UK and Ireland but also Iceland, Denmark, the Netherlands, Sweden, and Finland. According to the WWF, Attenborough will also be joined on stage by special guests to discuss the film and the pertinent views expressed in it. The film will have a global release on Netflix in spring 2020.