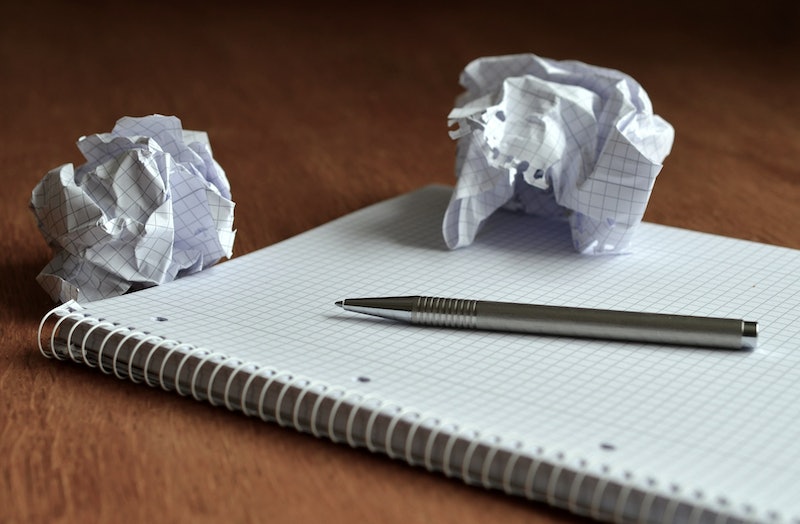 Pixabay
By Lara Rutherford-Morrison
May 22, 2017

Recently, a 17-year-old redditor who goes by “averagesmurf” claimed that, at his Catholic school, he was tasked with writing a paper condemning gay marriage. Instead, the student says he wrote a 127-page manifesto titled, “Gay Marriage is Fabulous.” That level of sass takes dedication.

According to averagesmurf, a high school junior at a Catholic school in Missouri, he was assigned to “write a ‘Summa Theologica’ style paper where you present a ‘moral dilemma’, which is where you give the objections to church teaching and then the replies from the church.” He said that his teacher instructed students to “provide the church teaching to ‘show and prove that the church's position is right’.” He alleged that the teacher had made numerous anti-LGBT statements in class, and claimed that she at one point required students to view a video that “insinuates that homosexuality is basically a choice or something caused by abuse.”

Averagesmurf said that he started writing his essay back in January. “The paper is, more or less, a presentation of research done by lots of people and drawing conclusions, it’s nothing overly groundbreaking,” he wrote. Throughout the course of the essay, he considers a variety of common arguments that people have used to denounce homosexuality, and refutes them with evidence from scholars, philosophers, and the Bible itself.

The student posted the entire essay on GoogleDocs. He said that he is most proud of his final paragraph:

Can I just say?