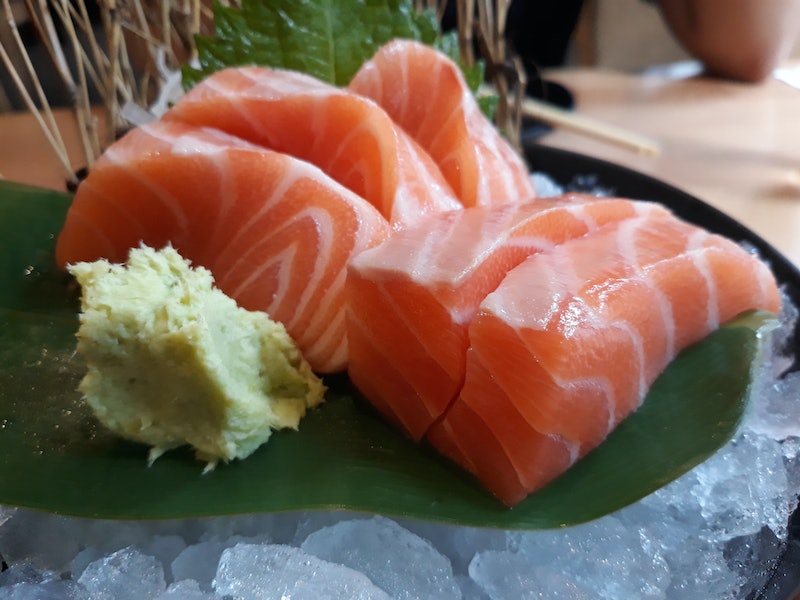 While eating too much wasabi might make your mouth feel like it's on fire, it doesn't usually cause any medical problems. However, one woman was diagnosed with broken heart syndrome after eating too much wasabi, Gizmodo reported. A new case study published in BMJ Journals details a 60-year-old woman who was diagnosed with takotsubo cardiomyopathy, also known as broken heart syndrome, after accidentally consuming a large quantity of the spicy condiment.

The woman "presented to the emergency department with chest pain after she attended a wedding and ate a large amount of wasabi, assuming it to be an avocado," doctors at Soroka University Medical Center in Beer Sheva, Israel, noted in the study's abstract. Researchers said that as far as they are aware, this is the first case of broken heart syndrome being triggered by wasabi.

Broken heart syndrome is a weakening of the left heart ventricular, and it can occur after sudden intense emotional or physical stress. Symptoms are similar to that of a heart attack, and can include chest pain and shortness of breath. Harvard Medical School reported that broken heart syndrome usually doesn't result in lasting damage, and it occurs almost exclusively in women. In fact, 90% of reported cases occur in women ages 58 to 75. What's more, the condition has only been classified fairly recently and was first described in Japan in 1990. It's normally triggered by stress, rather than food. Though I suppose accidentally eating a large amount of wasabi qualifies as stressful.

Anyone who's ever accidentally eaten too much wasabi knows that it can indeed be quite distressing. In fact, there are multiple threads on Quora.com about whether or not too much wasabi can cause health problems or even death. While the intense burning sensation and sinus clearing that accompanies eating too much wasabi might make you feel like you're going to die, you won't.

Wasabi actually has tons of health benefits. And a 2010 study published in the journal Evidence-Based Complementary and Alternative Medicine found that a naturally occurring compound in wasabi might even help prevent certain certain cancers. Until now, it's not been known to cause serious health problems like broken heart syndrome.

According to Harvard Women's Health Watch, some stressors associated with broken heart syndrome include a sudden drop in blood pressure, an asthma attack, receiving bad news, an unexpected loss, a heated argument, financial problems, intense fear, or a sudden surprise. I think putting a huge gob of wasabi into your mouth — especially if you're expecting to taste avocado — definitely qualifies as a sudden surprise.

"The precise cause isn't known, but experts think that surging stress hormones (for example, adrenaline) essentially 'stun' the heart, triggering changes in heart muscle cells or coronary blood vessels (or both) that prevent the left ventricle from contracting effectively," the article noted.

The good news is that most people generally recover from broken heart syndrome within a month. And Gizmodo reported that the woman involved in the wasabi incident did just that. It's not known whether she will ever eat wasabi again.