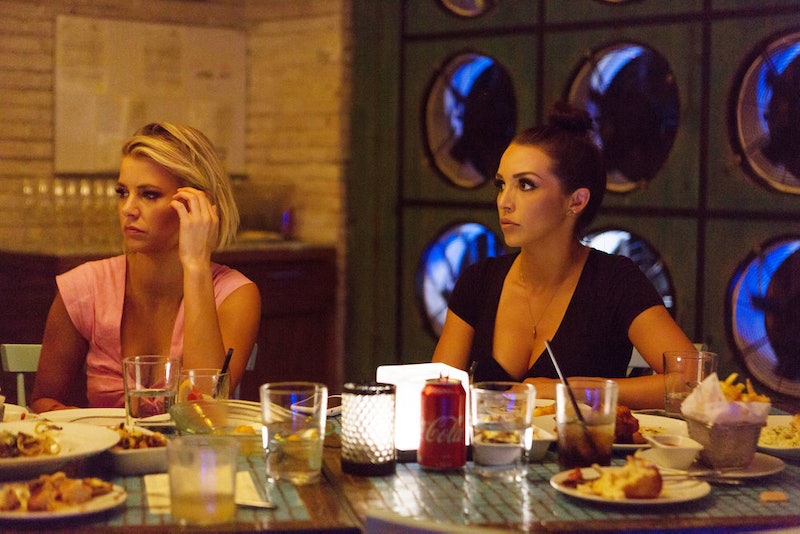 Over five-and-a-half seasons of Vanderpump Rules, Jax Taylor has managed to make a few enemies of his former friends. Due to his less-than-kosher behavior, it seems like everyone has hated him at one point or another. Jax slept with Tom Sandoval’s girlfriend; he’s cheated on all of his relationships; and he’s apologized for exactly none of it, instead deflecting blame onto another party. The newest person of whom Jax has earned ire is none other than Scheana “Rob can hang a TV in seven minutes” Marie, who is actively trying to break Jax and his girlfriend, Brittany, up. Are Scheana and Jax still friends in 2018? These frenemies have a love/hate relationship.

To be fair, Jax wouldn’t be in this mess if he didn’t make the wrong choices constantly. The latest is that he cheated on his girlfriend, Brittany, with Faith, a friend and former fellow SURver. Like a cornered animal, Jax lashes out when he’s caught, and instead of owning his actions and not sleeping with other people while he’s in a committed relationship of many years, Jax blames Brittany for not being a great girlfriend and forcing him out of the house because of their “problems.” Scheana, being a good friend to Brittany, thinks that her pal could do better than Jax Taylor. But instead of listening to Brittany cry about Jax and being supportive while blocking it all out of her mind (like a normal friend), Scheana is actively trying to set Brittany up with someone else — Adam, another SUR bartender. This is a bad idea, even for the cast of Vanderpump Rules, a group from which bad ideas grow like daffodils revealing themselves after a long winter.

If Scheana was just showing Brittany what she could have if she only dropped Jax, her actions would be misguided but coming from the right place. But instead, Scheana seems only to be manipulating Brittany because she is mad at Jax. After a group trip to Big Bear to Scheana’s now-ex-boyfriend Rob’s cabin, Jax mentioned to a few friends that Rob admitted that he could not say “I love you” to Scheana because he was not ready to do so. This conversation is on tape, and it was on the show, so it happened. This is not fake news. But when Scheana got wind of Jax’s line of questioning and what Rob said, she flipped, screaming that none of what Jax was saying was true. Scheana vowed revenge on Jax for his “meddling” in her personal life.

We come now to a point where both people are wrong, but who is the most wrong? In this case, it's Scheana. She may claim that she’s playing matchmaker out of the goodness of her own heart, but in reality, she wants to hurt Jax because Jax pushed light into the shadows of Scheana’s relationship, a relationship in which it certainly seems that one party (Scheana) is far more into it than the other (Rob). When you say “I love you” to a person and that person says nothing, well, that means something. Jax was certainly in the wrong when he cheated on Brittany, but Scheana’s motivation here is not altruistic.

As for Scheana’s relationship with Jax now, she admitted to Us Weekly that they’re definitely not besties. “We don’t speak as much right now just because he was dealing with a lot of family issues and I was giving him his space with everything he was going through, but I reached out a couple times, let him know I was there and if he needed anything,” she said. “I love Jax, like I said, he’s like my brother who we just have this love and hate relationship with each other.”

Scheana went on to say how solid Jax and Brittany’s relationship is now, post-cheating. “I think if Jax and Brittany were doomed it would’ve been doomed already,” Scheana said. “The fact that they have made it through the hardest parts of, hopefully the hardest thing that their relationship will ever go through. I think that they’re in it for the long run now.” On Jax's side, recent tweets from him show that he does not think very highly of Scheana, so it seems like she's just being diplomatic.

Scheana and Jax should, to paraphrase Josiah “Jed” Barlet, should both stay in their wrongness and think about what they’re doing. In this case, though, Scheana’s meddling has damaged her relationship with Jax, so the blame (for once) doesn't entirely lie on him.