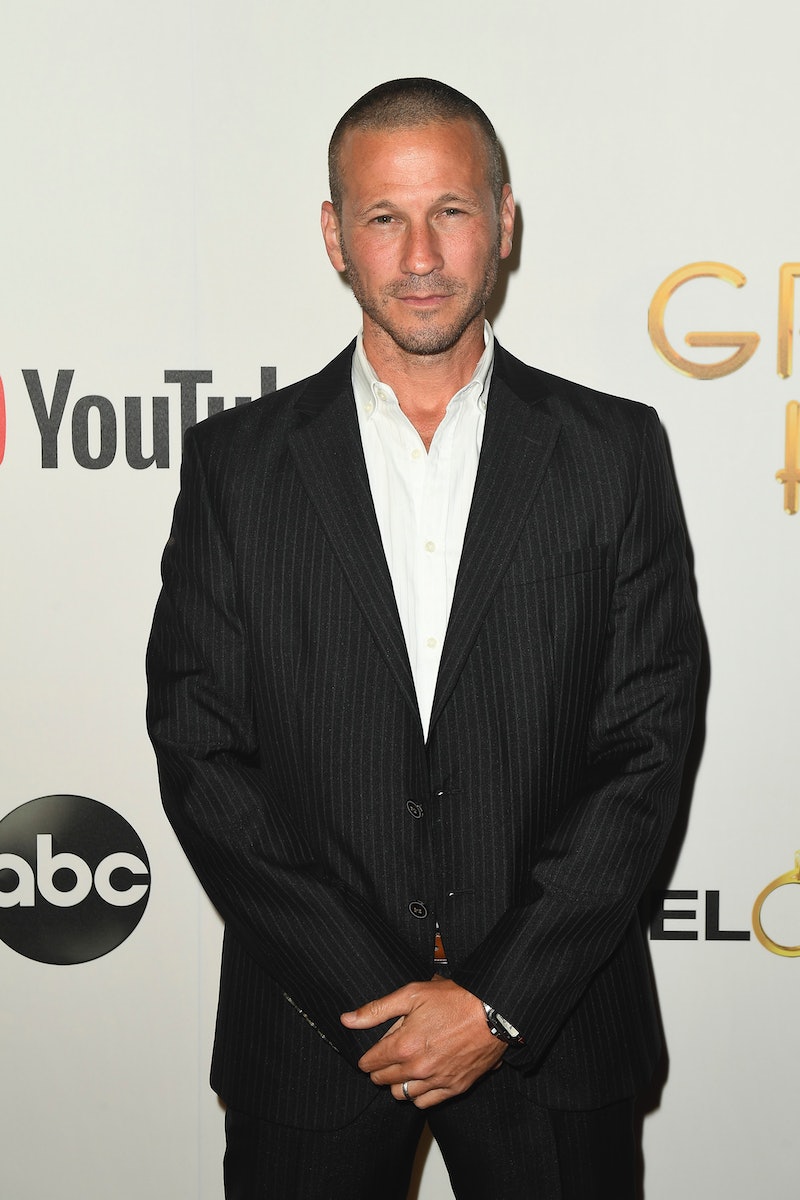 Just a few weeks ago, former Bachelorette star J.P. Rosenbaum revealed that he'd been diagnosed with a rare neurological disorder known as Guillain-Barré syndrome. Now, several weeks later, the reality star's condition is slowly improving; however, J.P. Rosenbaum admits the hardest part of his health diagnosis begins and ends with the two most important people in his life: his children.

“Ashley [Hebert Rosenbaum] and I used to have a pretty decent balance with the kids,” J.P. told People in a recent interview, referring to his two kids, Fordham, 5 and Essex, 3. “I would make breakfasts and lunches and drop off at school two to three times a week." But ever since his diagnosis, that routine has been forced to change, which has proven to be the biggest struggle for J.P. thus far. "Now, I can’t even pick up my kids. I can’t bathe them, I can’t do anything," he added. "I can’t contribute at all. Watching Ashley do all of it is the hardest part.”

Thankfully, despite J.P.'s initial concern, the kids have been amazing throughout the entire process. “I was worried about how they would react," he admitted. "But we told them Daddy is sick and we have to be careful, but that I’m getting better and I’m getting stronger.”

The Bachelorette alum also described to the outlet what it was like when his symptoms first began to surface at the beginning of December. It apparently started with a tightness in his hands on Dec. 6 and grew in severity throughout the course of that evening. “I wasn’t walking right,” J.P. recalled. “When I got home, I dropped my keys, and when I went down to pick them up, I couldn’t get back up. I had to brace myself against the car to climb my way back up.”

Initially, he had hoped he'd be able to sleep it off, however, his condition didn't improve by the next morning. In fact, it had only worsened. “Ashley had to help me put on socks and underwear and I said, ‘I’m definitely going to the hospital,'" he added. It was there that J.P. officially received his autoimmune diagnosis.

The National Institute of Neurological Disorders and Stroke lists that the side effects of Guillain-Barré syndrome can range from a "very mild case with brief weakness to nearly devastating paralysis, leaving the person unable to breathe independently." Luckily, J.P.'s condition seems to have plateaued, making his case less severe than others. And while his recovery is still a slow process, he's already beginning to see improvements as to what he can do around the house and for his family.

“This morning I made pancakes for the kids, though I needed Ashley to flip them. And I’ve been able to pick up cartons of milk and twist off the top, which I couldn’t do a few days ago," J.P. shared. "I can even get up off the couch by myself.”

These may seem like small milestones to some, but for J.P. it's a symbol of hope and a sign that a full recovery is within reach. Let's hope that these improvement continue into the new year and beyond.