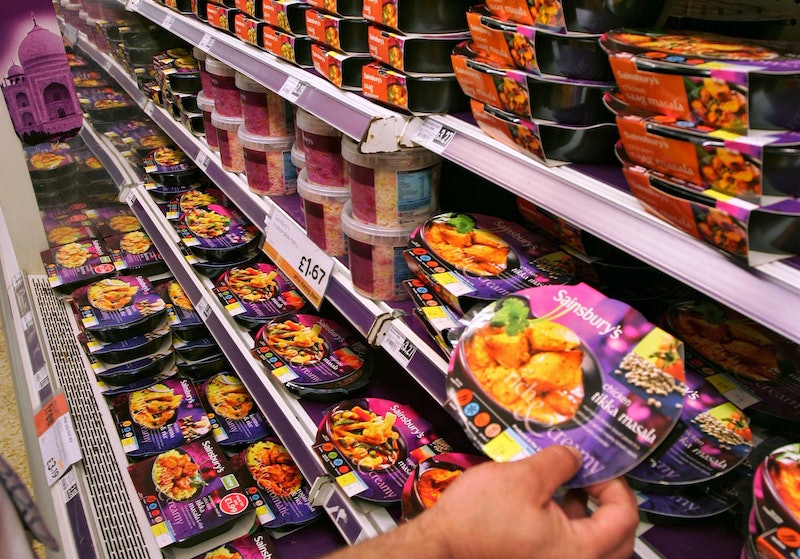 Supermarkets are notorious for using a lot of single-use plastic. In fact, Greenpeace predicts that supermarkets contribute around a whopping 59 billion pieces of single-use plastic each year. But now the UK (and the environment) could be getting an early Christmas present. Some major supermarkets are taking plastic pollution seriously as Sainsbury’s, Tesco, Waitrose, and ASDA are banning black plastic in the products they stock.

Morrison’s set the pace by banning black plastic last week. According to consumer magazine The Grocer, Morrison’s say this new move accounts for almost 4,000 tonnes of plastic being made more easily recyclable. Black plastics, often found as packaging for products like biscuits, ready meals, and meats are used because they are cheap and can be made with low value multi-coloured waste plastic the BBC says.

Metro reports that Iceland, Marks & Spencer, Aldi, and Co-Op all also plan to reduce their single-use black plastic next year.

So what’s the issue with black plastic anyway? Well, it’s a bit of a recycling nightmare. According to yoghurt company The Collective, who recently changed their black yoghurt lids for environmental reasons, black plastic contains carbon pigment to give it it’s black colour. But this pigment isn’t always detected by infrared sensors in recycling plants, meaning it’s usually sent to landfill or incineration rather than properly recycled. And Greenpeace says creating a new recycling system with the ability to sort between black plastics and other plastics would “take a lot of time and money.”

Right now, we are in a plastic pollution crisis. Already in some parts of the world, plastic is outnumbering fish 7 to 1 in their aquatic habitats. National Geographic estimates that 40% of plastic produced is made into packaging that is used just once and then thrown away. Clearly, there's never been a more important time to act.