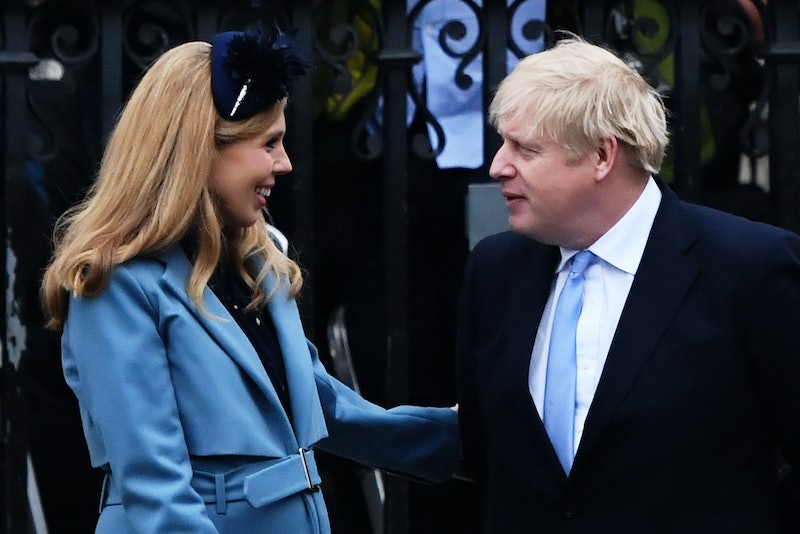 Boris Johnson's partner Carrie Symonds has has given birth to a baby boy, it has been revealed. The baby was born in a London hospital this morning, on Wednesday, April 29, and both Carrie and her "healthy" newborn are doing well.

A spokesperson for the Prime Minister and Symonds announced the news, stating:

"The Prime Minister and Ms Symonds are thrilled to announce the birth of a healthy baby boy at a London hospital earlier this morning. Both mother and baby are doing very well."

They continued: "The PM and Ms Symonds would like to thank the fantastic NHS maternity team."

Little more is known at present, but further news and pictures of the child will hopefully be released soon.

"I wouldn’t normally post this kind of thing on here but I wanted my friends to find out from me," she wrote in a caption underneath a photo of her and Johnson.

"Many of you already know but for my friends that still don’t, we got engaged at the end of last year… and we’ve got a baby hatching early summer."

The news of the couple's baby boy being born comes just weeks after Johnson was admitted to a London hospital due to his Coronavirus symptoms. The PM became so unwell that he went into intensive care for several days.

Symonds also suffered symptoms of COVID-19, despite not being tested. She announced on Twitter a few weeks ago that she had been in bed for a week due to being unwell.

The Prime Minister has previously said he would take two weeks of paternity leave but at lunchtime on April 29, the BBC's Laura Kuenssberg announced via Twitter that the "PM won't take paternity leave at the moment, he's back in Number 10." The Metro reports he will instead take time off "later in the year."

This article was originally published on April 29, 2020