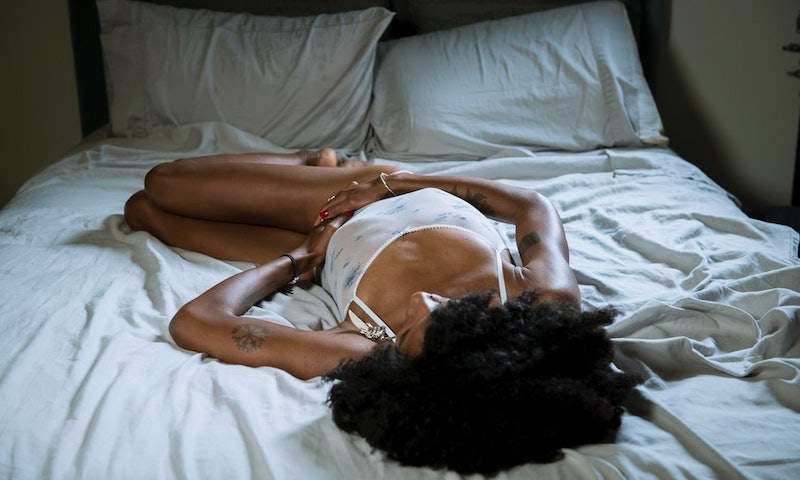 While having a broken heart may be hard to recover from, most of us think of it as a temporary mental anguish — one that we can move past with time. But the mental strain of a breakup can have some major effects, both mentally and physically.

"Heartbreak can indeed have adverse effects on your health, especially when your brain processes it as trauma or traumatic," licensed marriage and family therapist, Shawna Young, LMFT tells Bustle. "If [someone is] not able to process it in a healthy manner with a therapist or by taking time for adequate self-care and healing, they can undergo high levels of stress which releases cortisol in the body." In fact, there's even a condition known as "broken heart syndrome" — and new research shows that, in some cases, it can be deadly.

What is broken heart syndrome? Also known as takotsubo syndrome, it's when your heart's left ventricle — the main pumping point — becomes weak and enlarged, meaning it can't pump properly. The condition is rare, but it affects far more women than men. Although the condition can be caused by a physical trauma, like an asthma attack, it is often brought on by emotional distress, like a death or a loss. It can feel like a heart attack, with severe chest pains and a shortness of breath, but — unlike a heart attack — there's not actually any blocked artery causing the episodes. Patients often make a quick recovery, according to the Mayo Clinic, but new research from the University Heart Center at University Hospital Zurich in Switzerland just found a complication that can be deadly.

Out of the 2,000 patients who took part in the research, around 200 with broken heart syndrome developed cardiogenic shock, a complication where the heart is not pumping enough blood out into the body. While still in the hospital, 24 percent of patients with cardiogenic shock died, compared to only two percent of patients without the complication. But what was really interesting was that the research found patients are at a much higher risk of death, not just directly in the aftermath of the episode, but for years later. Even five years after the episode, the mortality rate was 40 percent for those who had suffered cardiogenic shock, compared to ten percent for those who hadn't.

Although there was some good news on the heartbreak front — the research also found that those patients who developed cardiogenic shock were more likely to have their broken heart syndrome caused by physical stressors, than those who didn't.

Most people who have been through a sudden heartbreak or loss will know that it can feel totally overwhelming, like a huge weight pushing down on your chest — but it's interesting to know that, in some instances, heartbreak can genuinely make you feel like you're having a heart attack. It's a good reminder that the trauma of heartbreak is very real so — broken heart syndrome or not — it's important to be gentle with yourself and give yourself plenty of time to recover. Your mind and body will thank you.

More like this
Help! I’m Still Stuck On My Narcissistic Ex!
By Sophia Benoit
Is It A Rebound Relationship Or The Real Thing?
By Carolyn Steber and Lexi Inks
Are Quality Time & Physical Touch Love Languages Compatible?
By Lexi Inks
Cookie Jarring Is The Dating Term You Need To Know
By Sophie McEvoy
Get Even More From Bustle — Sign Up For The Newsletter