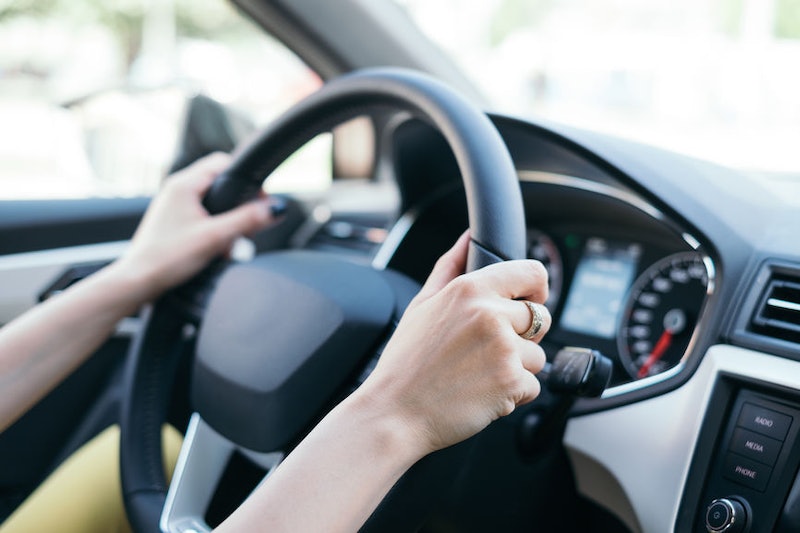 You know when you get in after a long day of work? For commuters this is probably the greatest relief of the day. Ugh, finally away from all those gross germs. You know it's easy to start feeling envious of people who are lucky enough to be able to walk into work. To be able to have lots of nice fresh air and freedom. But let's be real this is the UK, and the weather is crap. So the dream situation for weather and hygiene is driving your own car. But guys, cars contain 23 times more bacteria than public transport according to recent research. Yes, licking your car seat is in fact more gross than licking a tube seat. OK I don't know why you would be licking either but guys this is seriously worth considering, you know?

The research was undertaken by car cleaning experts Simoniz, and the results were sent over to Bustle HQ. The stats show that an average family car swabbed for bacteria contained a stonking 23 times more bacteria than a handrail on a public bus. Yucky.

The research involved testing the driver's seat and dashboard in a number of cars. The samples were compared to swabs from things you would usually think of as incredibly unclean. So the likes of a communal kettle, a TV remote, a toilet flush handle, and a handrail on a public bus. Shockingly guys, the cars didn't fair well compared to the other items which would usually be perceived as being hell gross.

The research revealed that an unbelievable 40 percent of cars tested only had the same effing levels of bacterial infection as a toilet flush handle. And guys if you are in your car and about to eat your lunch maybe stop reading this. Because 20 percent actually contained double the amount of a toilet handle. Ugh can you not right now that is so gross.

But let's be real like, it can't be that bad right? Have you seen buses? Well your little car might have at least four times more bacteria than a handrail on a public bus.

Simoniz recruited hygiene expert Luke Rutterford to discuss the whole situation and how the heck things have gotten this bad.

"Areas in the car, such as the gear stick, control centre and steering wheel are high frequency touch points, and become an area of continuous bacterial contamination. This is more so when drivers eat and drink in the car, which can allow general debris to become a breeding ground of bacteria, that is then spread around the car where germs can be left to linger for long periods of time."

Ugh what is a person to do about all of this? I just can't deal right now. Do you think they tested cabs? Shudder.

"The take home message here is to get your car clean and then keep it clean. It's a good idea to keep a hand sanitiser in the car at all times, to ensure your hands are fresh and you're keeping germs to a minimum."

That is real talk a lot to be thinking about. Better stock up on the hand sanitiser then.