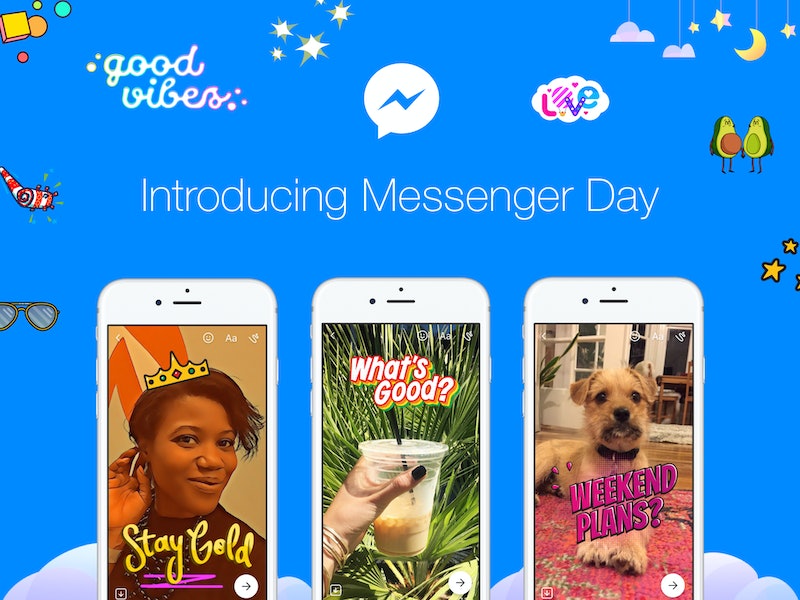 As if the release of Instagram’s stories didn’t have enough setback for basically being Snapchat, there’s more. Much more. Like, Facebook’s very own Messenger is now giving it a go. That’s right: Messenger officially launched Messenger Day, a story element now attached to their app. Facebook users can now take videos and images right from the app, add stickers and text, then either send to an exclusive group of people or added to a general “Day” story.

So, go on and give it a test run — it's just another cool feature making an already useful app even more useful for connecting with friends and family.