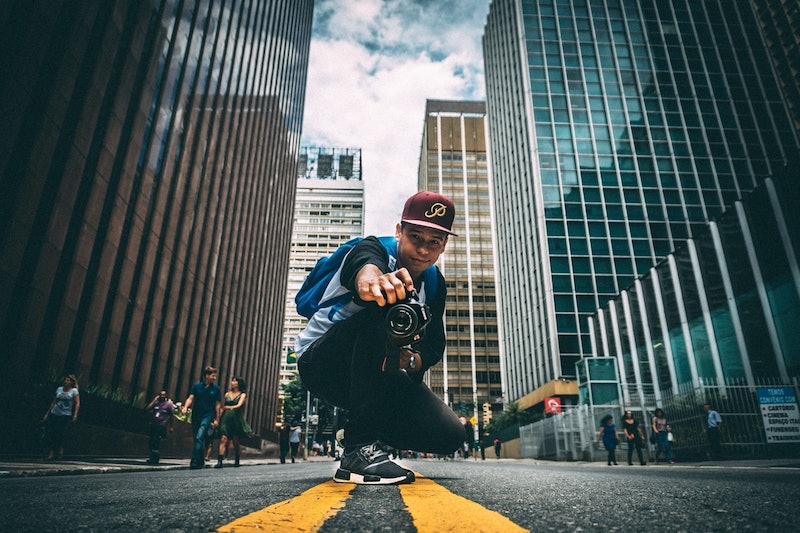 While increasing numbers of people are identify as non-binary — 1 in 250 people, by some estimates — many people still feel a degree of pressure to adhere to typical, strict gender roles. A new study from France has revealed that the process of enforcing gender stereotypes starts young — and that boys in particular suffer from pressure to be "masculine."

The researchers examined 1104 kids as they progressed from grade 6 to grade 9 over four years. The researchers were tracing how kids felt about their gender identity, how pressured they felt about adhering to a particular set of gender roles, and whether their cultural identity had anything to do with the pressure they felt (570 of the kids were European French, while 534 had a North African French background).

So what does gender identity pressure look like? "Felt pressure for gender conformity indicates the degree to which individuals feel pressured by parents, peers, and themselves to adhere to traditional gender roles and norms," the scientists explained in the study. The pressure exerted on these kids, in other words, wasn't really coming from the media, books or other sources; it was being transmitted between people, on the playground, in the classroom and at home. And the results shed a lot of light on how toxic masculinity is, and how young it starts being a problem.

The differences in pressure began to come out early. Girls in both cultural groups reported feeling less gender-role pressure as early as grade 6 than boys, and felt less of it over time. However, the story with the boys was different. Both cultural groups of boys felt higher pressure to be "gender-typical" as young as grade 6, and either experienced the same level of pressure all the way through grade 9 (if they were European French) or actually felt the expectation of conforming to expected gender roles increased as they aged (if they were North African French). European French boys reported feeling a little more free to tell the researchers that aspects of their identity weren't "typical" of their gender by the time they hit grade 9, but North African French boys didn't.

The researchers point out that these results aren't actually a surprise, and there are solid theories as to why. "Girls have fewer negative consequences than boys for deviating from traditional gender roles," they explain, and it's all down to what's viewed as "threatening" for boys. "Violations of gender norms tend to be tolerated less in boys and men than in girls and women because masculine traits tend to be valued more highly than feminine traits," the research says. This is consistent with what we know about modern masculinity from sociological research: it requires a lot of reinforcement in public and private by "behaving in a manly way" (not showing emotions, expressing aggression). Men who don't perform masculinity properly are punished by other men, and this study shows just how young that process beings.

This happens in the U.S., too. Studies over the years have shown that teen boys feel a lot more pressure than girls to feel gender-typical across America, regardless of their ethnic background. And the issues related to this pressure are pretty problematic. The researchers mention that high levels of felt pressure in teens are associated with "lower levels of psychosocial adjustment." In other words, if you're a boy (or girl) feeling a push by those around you about living outside the gender binary, it's going to hurt the way you interact with others and your general social development.

Gender conforming expectations, of course, affect women too. We see study after study showing that, in adult women, behavior that reads as "masculine" can backfire in workplaces: high-achieving women are read as "abrasive" while men on the same professional level are "competent," as a study from 2014 revealed. But in the young, the punishments for exceeding gender boundaries and not being a "typical kid" seem to be most severe for boys — and that's very bad news.

If we're learning anything from the wave of sexual harassment and assault allegations cropping up in the news with every passing day, it's that we are beginning to question the toxic results of enforced masculinity, and hyper-focused ideals of masculinity are part of the problem. Boys who learn that their gender is something that needs to be constantly "proven" also grow up in a world where that "proof" can involve objectifying, harassing, demeaning or dehumanizing women. The pressure on teen boys to stay between the lines of gender roles begins a lifelong journey that can lead to some very difficult places.

More like this
25 Inspiring Quotes From Black Women To Celebrate Black History Month
By Kyli Rodriguez-Cayro and JR Thorpe
24 History-Making Black Women You Probably Didn't Learn About In School
By Ayana Lage and JR Thorpe
Twitter Is Identifying With Sally Field & Jane Fonda’s Friendship In New Viral Video
By Jake Viswanath
These Artists Are Reimagining Black History Month To Create A Better Future
By Katie Mitchell
Get Even More From Bustle — Sign Up For The Newsletter
From hair trends to relationship advice, our daily newsletter has everything you need to sound like a person who’s on TikTok, even if you aren’t.