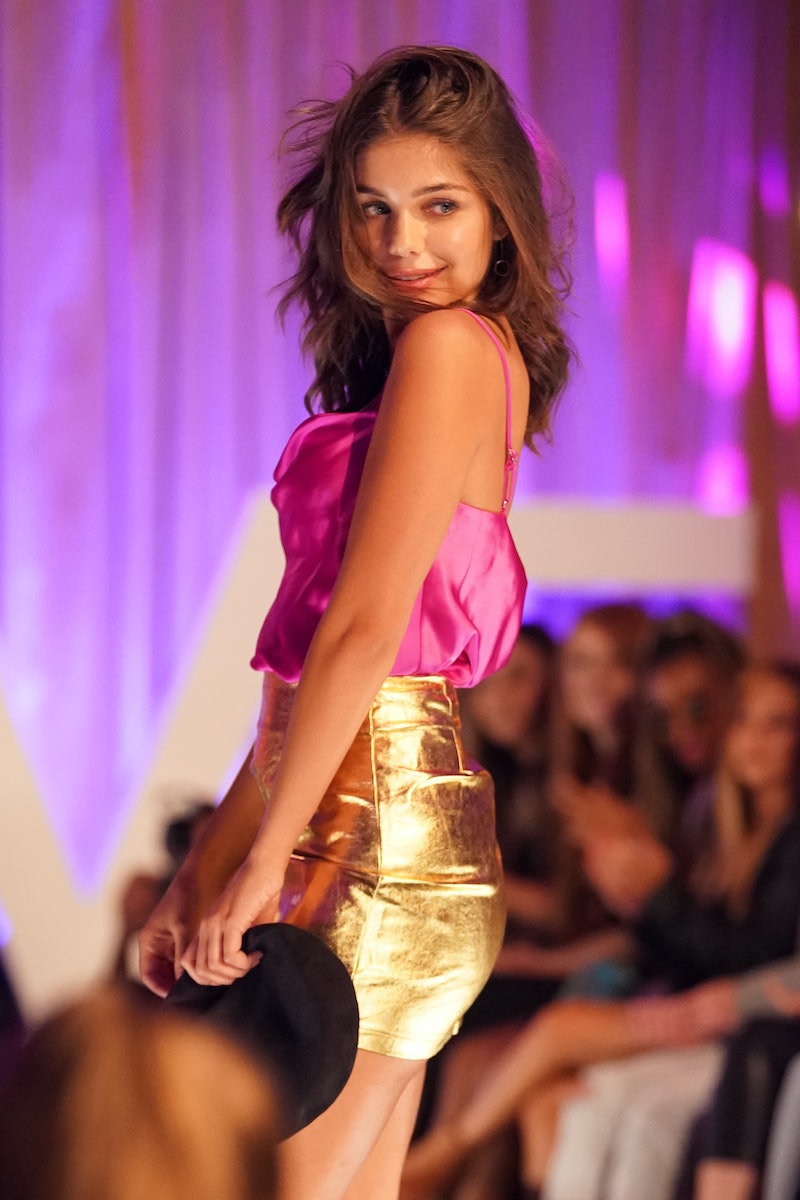 If you've been following the tangled web of rumors that is Peter Weber's post-Bachelor love life, you know that Peter and Kelley Flanagan were quarantined together in Chicago (he left on Sunday, presumably for Easter), where they filmed some mediocre TikToks and cuddled on the couch. What does Peter's ex-fiancée Hannah Ann think of where that relationship is headed? Her "part with him is done," she tells Bustle. And that's that.

"We don't have feelings for each other anymore. What he chooses to do is his business, and what I choose to do is my business. So I hope moving forward, we can respect each other's privacy... and you know, be happy for one another. For me, you know, I don't have a quarantine buddy," she says with a laugh. "But I'm sure I'll get there one day. I'll find someone."

Peter and Kelley aren't officially dating, but on April 7, he told E! News that he could see it happening down the road. The two reconnected through Bachelor in Paradise alum Kristian Haggerty, and Peter planned to visit her before Chicago locked down in response to the spread of the coronavirus.

“We’re not dating. Could I see that in the future? Yeah, of course. I’d be extremely lucky and very happy if that happened," he said. "Of anyone, I’m the last person that needs to rush into any kind of relationship. I just had an engagement that didn’t work out. I just was trying to pursue things with another woman that didn’t work out. That’s why right now, I’m just taking it really, really slow.”

Hannah Ann, on the other hand, is happily single and shading Peter online by referring to his manhood as flavorless cauliflower. She just moved to Los Angeles, where she and roommate Brooke Campbell are also making TikToks while self-isolating.

Hannah and Brooke had never met before they started living together, and a last-minute schedule change prompted Brooke to move in early. "I [was] like, 'Oh my goodness, I'm having a roommate move in all of a sudden, and we're gonna be quarantined together,'" Hannah says. Thankfully, they get along and things are going smoothly — for now. "I love my apartment and it's nice to kind of feel isolated," she adds. "But in a couple more weeks I'll be going really stir crazy."